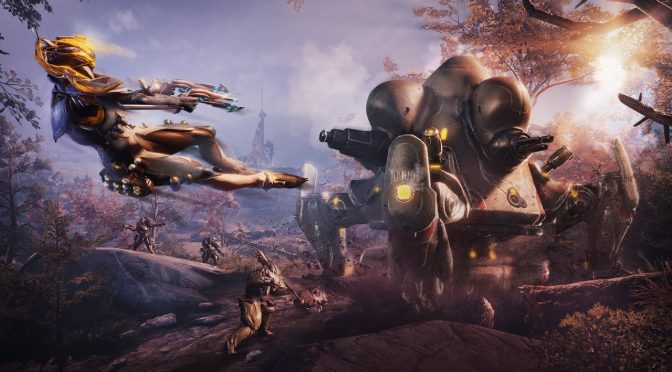 Digital Extremes has renewed its commitment to Warframe’s breakthrough open-world Landscape, Plains of Eidolon, with a full graphical overhaul available today on Steam PC. In order to celebrate this announcement, the team has also released a new trailer that you can find below.

According to the press release, the graphical overhaul will enhance every visual aspect of Plains of Eidolon Remaster. Warframe’s open world will see advanced lightning techniques that bring brilliant lighting and shadow changes to the day-night cycle, sending god rays through more detailed trees, bush and fog, and will add crisp new texture details to the foliage and earthen landscape.

This new terrain will also provide more gameplay. For the K-Drive, players will experience new terrain to jump off and grind on, and they should keep an eye out for the new Tusk Thumper enemies, three different pneumatic ground-pounders that smash anything in their way as they crawl and leap across the Plains. Tenno can now earn a new badge for hunting and conserving three new animals on the Plains – previously only available on Fortuna – and special Floofs with which to decorate their Orbiters.

Plains of Eidolon Remaster is free now on the PC!