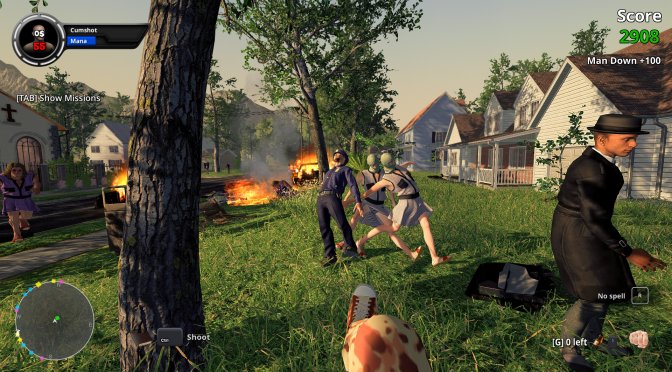 Ultimate Games has released a demo for Wanking Simulator on Steam. According to the developers, Wanking Simulator is a mix of destruction & wanking. Players are thrown into a town called Gay Bay consisting of a church (God bless), a number of houses and a few other places, such as high school, a garage, etc.

The main goal of the game is to destroy as many things as possible before getting caught by the police. Players can also collect points by wanking to the chaos they caused. Furthermore, players are free to go wherever they want and destroy anything they want.

Players will assume the role of Winston Gay; a man whose house was taken away by the corrupt government after being called out for wanking too loud by his neighbors. The protagonist is given unlockable superpowers, such as making gravity weaker, spawning a rifle in your panties, teleport, etc.

Basically, think of this game as a “Goat Simulator” game in which you can freely cause havoc and chaos.

You can download the demo for Wanking Simulator from here.