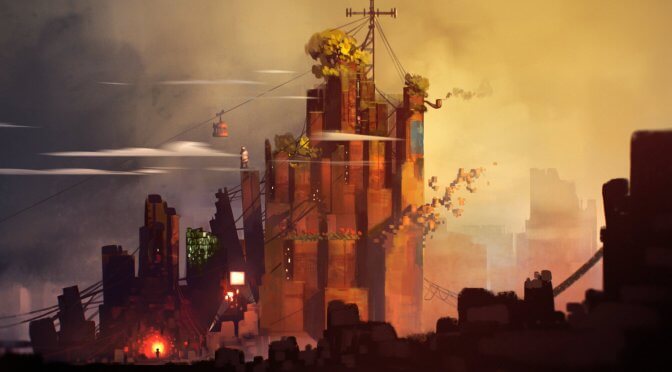 In September 2017, Studio MDHR’s  Cuphead was so successful in replicating the style of early animation that it looked too good to be a game at times. Well now a small Danish studio, WiredFly, wants to take it one step further.

WiredFly is currently at work on bringing stop motion animation to gaming in their new project, Vokabulantis. Much like the Wallace and Gromit and Nightmare Before Christmas classics that tantalized us as children, WiredFly will attempt to animate Plasticine-like models by hand, and then make these playable within a game.

The story is… uhm… well something about the world of language falling into disarray when the two playable characters, Kurt and Karla, fall in love. The plot is based on the poetry by Morten Søndergaard so perhaps reading his work will make this a bit easier to understand!

Either way, the developer’s website stipulates that gameplay will alternate between a point-and-click approach with platform-based puzzle solving. WiredFly also mentions that both Kurt and Karla will be controllable, and that puzzles must be solved with their combined effort.

It appears the game borrows quite a bit from the likes of Little Nighmares, Inside, and Unravel, but it will surely be a visual feast if the developers managed to turn their vision into a reality. The game is scheduled for a PC release in 2019.

Check out the “Making of” video below for a more detailed understanding of the animation process, or visit the website for more information.