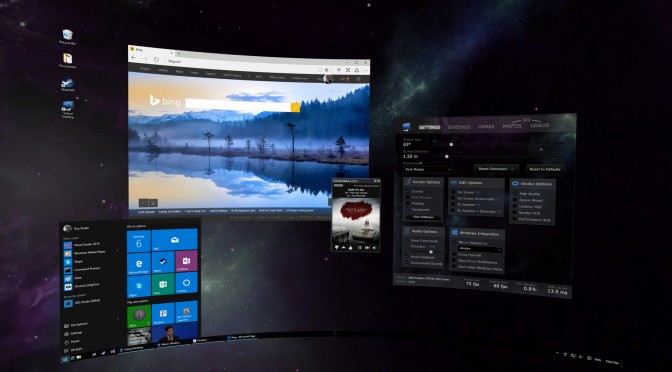 Basically, this means that you can browse the web, watch movies, Netflix or even play games on a giant virtual screen.

Here are some of the features of Virtual Desktop:

In order to showcase his application, Guy Godin released a new video for it that can be viewed below. And we can guarantee you that you’ll be sold on VR thanks to this video alone.

It looks phenomenal, so be sure to watch it!