Yesterday, Activision announced the merger of Vicarious Visions with Blizzard. And, a couple of hours ago, Bloomgerg’s Jason Schreier claimed that the studio is working with Blizzard on Diablo 2 Remake.

According to Schreier, Blizzard’s Team 1 was originally working on Diablo 2 Remake. However, Activision dismantled the team last Fall and gave it to the Diablo 4 team. As such, Blizzard’s Team 3 is now overseeing and working with Vicarious Visions on this project. 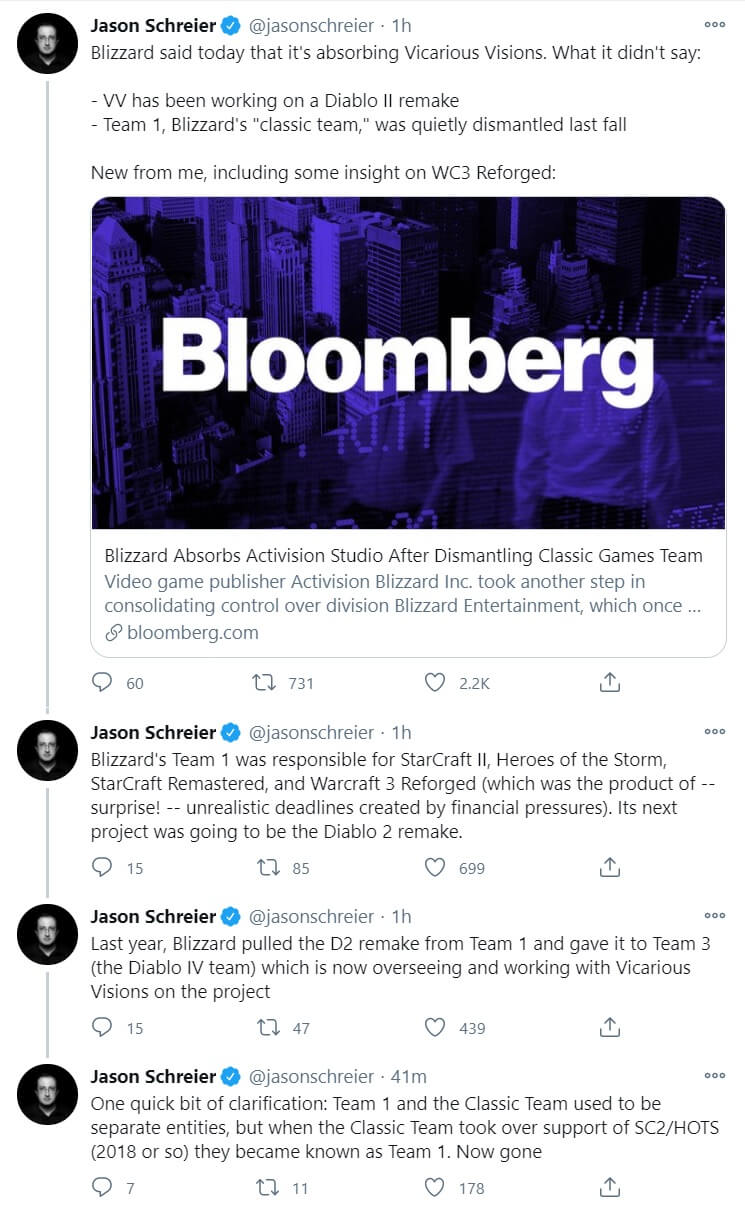 From what we know so far, Blizzard has been working on Diablo 2 Remake for quite some time. Back in 2017, a job listing hinted at this classic action hack n slash RPG getting a remaster/remake. After all, Blizzard was working on restoring Warcraft III, StarCraft and Diablo 2 to glory. And, as we all know, we’ve already received remasters for both StarCraft and Warcraft 3.

Activision and Blizzard have not officially revealed yet Diablo II Remake/Remaster. Still, and from what we’ve been hearing all these years, Diablo 2 Remake appears to be real. So, let’s at least hope that this project will be better than Warcraft 3 Reforged.