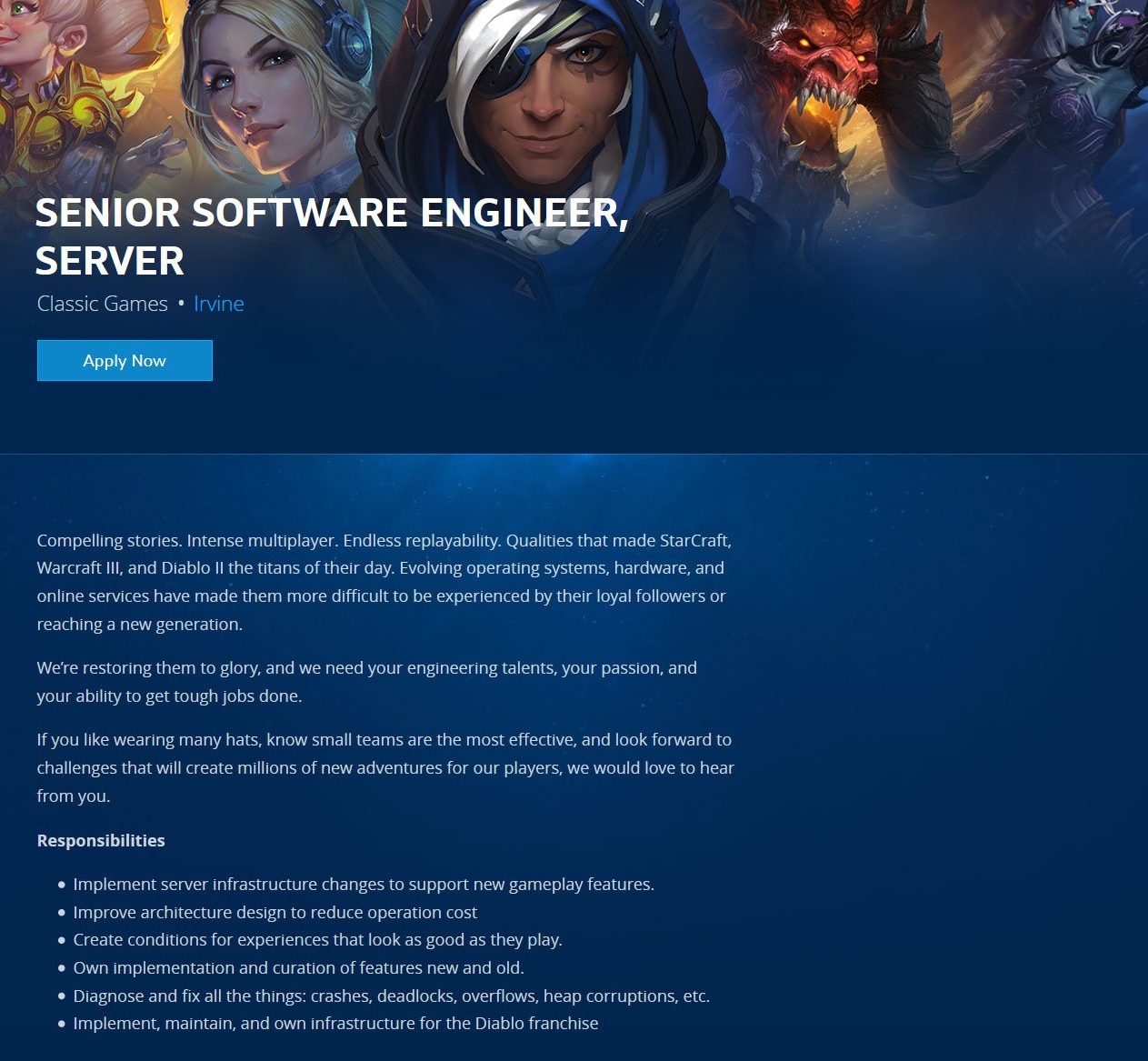 We already know that StarCraft will receive a remaster later this Summer, so our guess is that both Warcraft III and Diablo 2 will get a remastered treatment.

Still, we cannot exclude the possibility of a simple re-release (that works on modern-day operating systems).

Naturally, Blizzard has not commented yet on this, however we are pretty sure that the company will reveal these projects sooner than later.