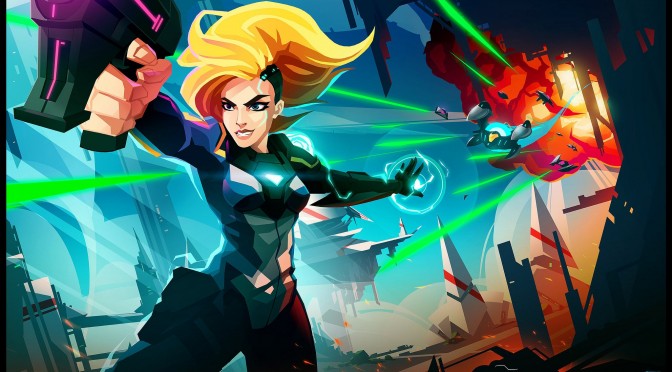 Sierra today announced that it is teaming up with FuturLab to bring the independent developer’s critically acclaimed arcade shooter – Velocity 2X – to PC. In order to celebrate this announcement, Sierra has released a new trailer that can be viewed below.

Built around fast action and tight controls, Velocity 2X combines a top-down vertical shooter with a side-scrolling platformer, delivering the best of both worlds in the balance. Whether flying in her Quarp Jet or sprinting on foot, ace pilot Lt. Kai Tana can teledash through danger at the speed of light, crushing alien invaders and rescuing innocent survivors with incredible power.

Velocity 2X is coming to the PC this Summer.