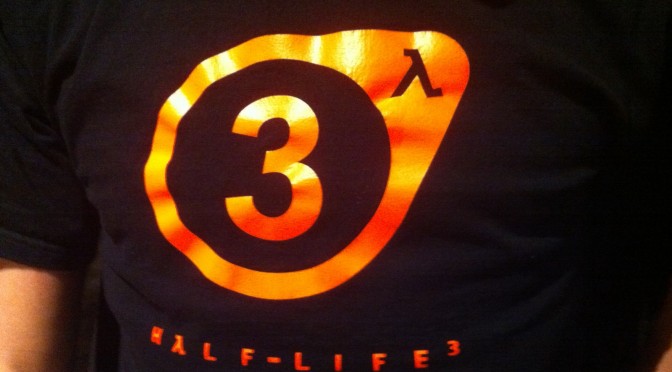 Last week, we informed you about some ideas that Valve had for Half-Life 3. And while this new information may have sparked – once again – the interest for a third episode of Half-Life 2, a Valve insider claimed that Half-Life 2: Episode Three is never going to happen, and that it’s dead.

This Valve insider is the same one who told GameInformer about the RTS and live-action adventure prototypes of Half-Life 2: Episode Three. As always, take everything you’re about to read with a grain of salt.

“There is no such thing as Half-Life 3. Valve has never announced a Half-Life 3.” told GameInformer Valve’s insider and continued:

“The closest they’ve come is after Half-Life 2, they said there would be three episodes. We only got two of those. That is arguably an unfulfilled promise. Anything else that we might think about as a full game or sequel has never been promised. I only mention that because it’s sometimes frustrating when people sort of assume or have wishful thinking about the future.”

When asked about whether Valve owes it to its fans to wrap up Half-Life 2, Valve’s insider said that there won’t, ever, be a third episode for Half-Life 2.

“I don’t think there will be any more. But at any given moment, they make decisions as they come. If some people within Valve make something that they collectively feel is exciting, then it will happen. That’s going to be hard for that to happen now. Every time a Half-Life project gets some gravity and then collapses, it becomes harder for the next one to start up. Because the business changes so much, and there are so many other things to do, it just gets harder and harder. It’s one of those things they’ll always have to accept. People are going to harass them for more Half-Life. The idea of delivering a third episode of Half-Life 2, that’s dead. There’s no universe where that will happen. I think there is a universe where a standalone thing could come together to fill in that hole, but that’s tough.”

Valve most probably won’t let any other third-party developers create this third episode of Half-Life 2. When asked about it, Valve’s insider said that such a scenario seems unlikely as it wouldn’t have the soul of what Half-Life 2: Episode Three should be.

But what about a future Half-Life project? Valve’s insider claimed that the best thing Valve could do is “give up on Half-Life 3, avoid it entirely, and do Half-Life experiences instead. Experiences that connect, but aren’t the flagship sequel.”