Unstoppable Gorg is a thrilling space defense game inspired by vintage sci-fi films from the 1940s and 50s. The game builds on the core tower defense mechanics that fans love while breaking the genre’s conventions to create a more interactive and exciting experience.

Unstoppable Gorg does away with the XY grid layout used in other tower defense games. Instead, a level typically has a space station in the middle surrounded by a number of orbital rings on which you place your satellites. This orbital layout is unique to Unstoppable Gorg.

Unlike other tower defense games, in Unstoppable Gorg you can move your satellites even after you place them by rotating the orbits. This ability lets you react to each new wave, repositioning each ring of satellites to create the best defense against each attack. Rotating an orbit is as easy as dragging your mouse or finger and makes the game much more interactive than other tower defense games.

As Futuremark pointed out that these screenshots were taken from a pre-alpha build of the game, thus almost everything in these images is either a work in progress or a placeholder. 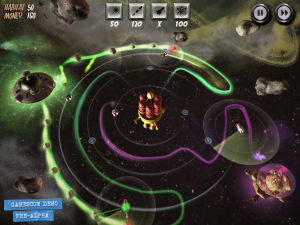 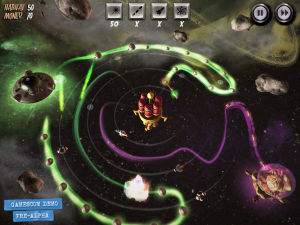 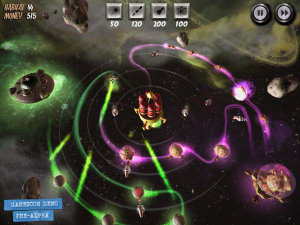