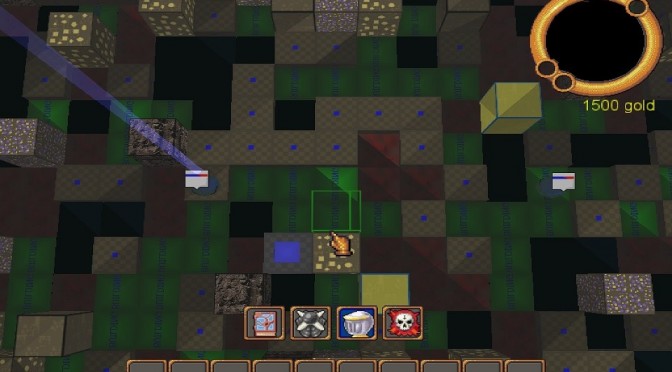 Nathan Hurde, founder of PawByte, has informed us about a Kickstarter for their latest game called Underground Throne. Underground Throne is described as a dungeon-based real-time strategy game that is inspired by Dungeon Keeper, Code Geass and Death Note.

“Over at PawByte we’re pretty big Otakus and wanted to wonder what would be the result of a lovechild of Dungeon Keeper, Code Geass and Death Note. Fans are awaiting sequel/reboot for each, so why not make our own imagery of how that lovechild would look if destiny somehow allowed it. With that you have Underground Throne.”

Ooooooooookay. The team aims to raise $8K over the next 23 days, and there is already an alpha tech demo for you to download and experiment with.

-DK1 was far too easy due to once fog of war was deactivated in a region you were able to still see an area. This made strategy pretty easy The game is story enriched

-DK had a very light story to the tale. We plan to juice up the drama and add moral decisions made in the game

-Instead of just kill your rival or the heroes, missions will be based also in exploration

-This key feature will allow you to splice separate minions into one minion. This will be a crucial requirement on certain levels

Different abilities for the player

--More info coming as they are built

--Mechanically when DM is killed the game is lost

-Mechanically the DM defends your dungeon throne when not selected

-In online play you can change your DM.

Energy and Gold costs for actions

-Energy will help to level the playing field when you are broke or visa versa.

--When running out of energy/gold and carrying creatures they drop from your hand.

-Jump in and get owned or master the game

--This is a continuous dungeon you manage which is connected to the PBU world. Be careful as your dungeon can suffer constant invasion from trolls.

-Playing multiplayer on DK is pretty much not possible without going through a huge headache.