One game developer recently brought Shadow of the Tomb Raider game to work on Ubuntu by using the Vulkan API, and one YouTuber has benchmarked it against the Windows 10 DX11 version of this game.

YouTuber Penguin Recordings has compared some performance benchmark results for both the Ubuntu and Windows 10 OS platforms, and the results are impressive. Feral Interactive is a company that specializes in bringing Windows OS games to Mac and Linux. And they have made Shadow of the Tomb Raider game to work in Ubuntu via the Vulkan API.

Feral Interactive used the Vulkan API to actively translate DX11 and/or DX12 calls to make them easily work on Linux, since Linux cannot support any type of DirectX API, as it’s Microsoft-exclusive.

Because of the translation process, the performance might be sometimes slower than native DirectX, since it has additional overhead as well.

For the testing, Penguin Recordings has used an AMD Ryzen 9 3950X processor paired with the Nvidia GeForce RTX 3090 GPU, on a system having 32GB of RAM to run his benchmarks.

And as evident from the results, Feral’s Linux version of the Shadow of the Tomb Raider game performed similarly to the Windows 10 platform quite well in DX12 mode. The frame rate difference is very small that you won’t even notice it, unless you have an FPS counter active while gaming.

The differences we’re seeing is anywhere from as low as one to two frames per second.

Coming to the DX11 results, the performance is slightly different. The Windows 10 DX11 API is sort of ahead of the Linux implementation in frame rate, in scenes where there are not too many NPCs/AI.

But in areas full of NPCs, the Linux platform can have up to a 40 fps lead over the Windows 10 DX11 mode, which actually tanks in performance. The results are a bit off here, but this could also be an Nvidia driver issue, and/or a bug in the game itself.

As you can see from the video posted above, the RTX 3090 utilization suddenly drops down to 60% when the performance tanks, whereas the Linux platform on the other hand maintains 100% utilization.

Overall, Feral’s version of Shadow of the Tomb Raider performs quite well. In DX12 mode, the performance is more than playable, and DX11 also performs decently than the native DX11 mode in Windows.

The Linux compatible version of the game from Feral Interactive can be brought from their online store. 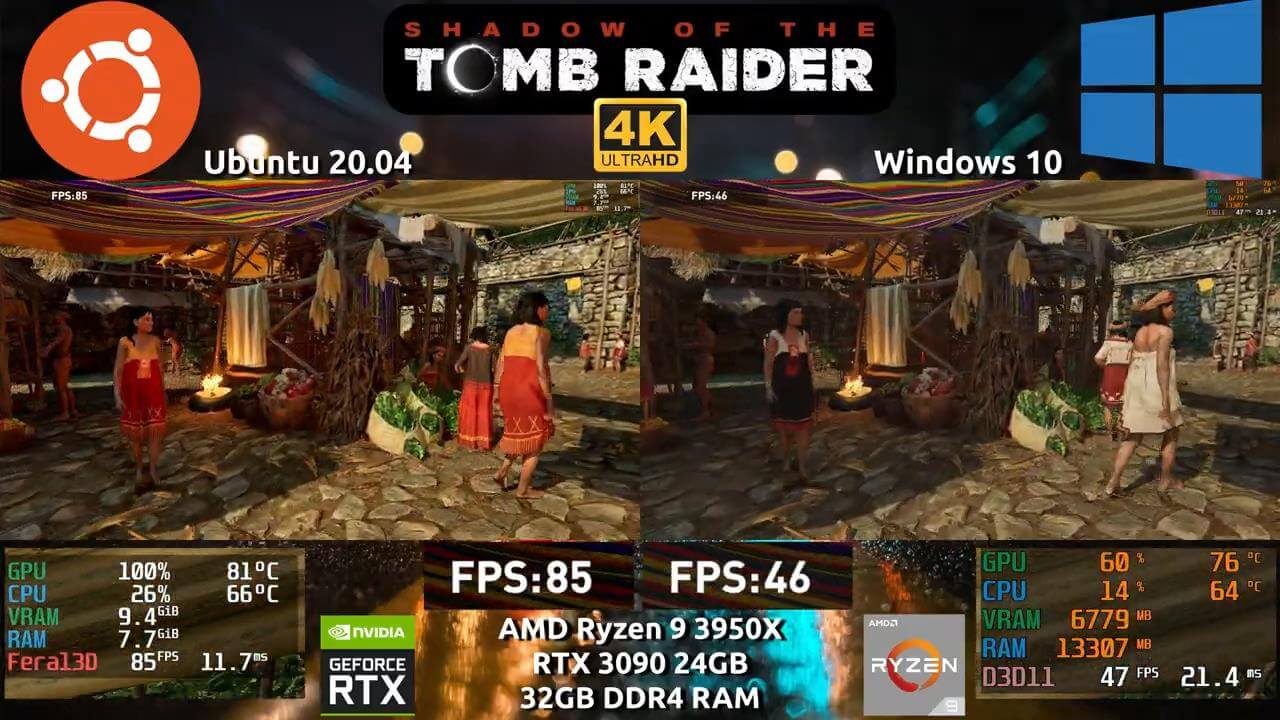 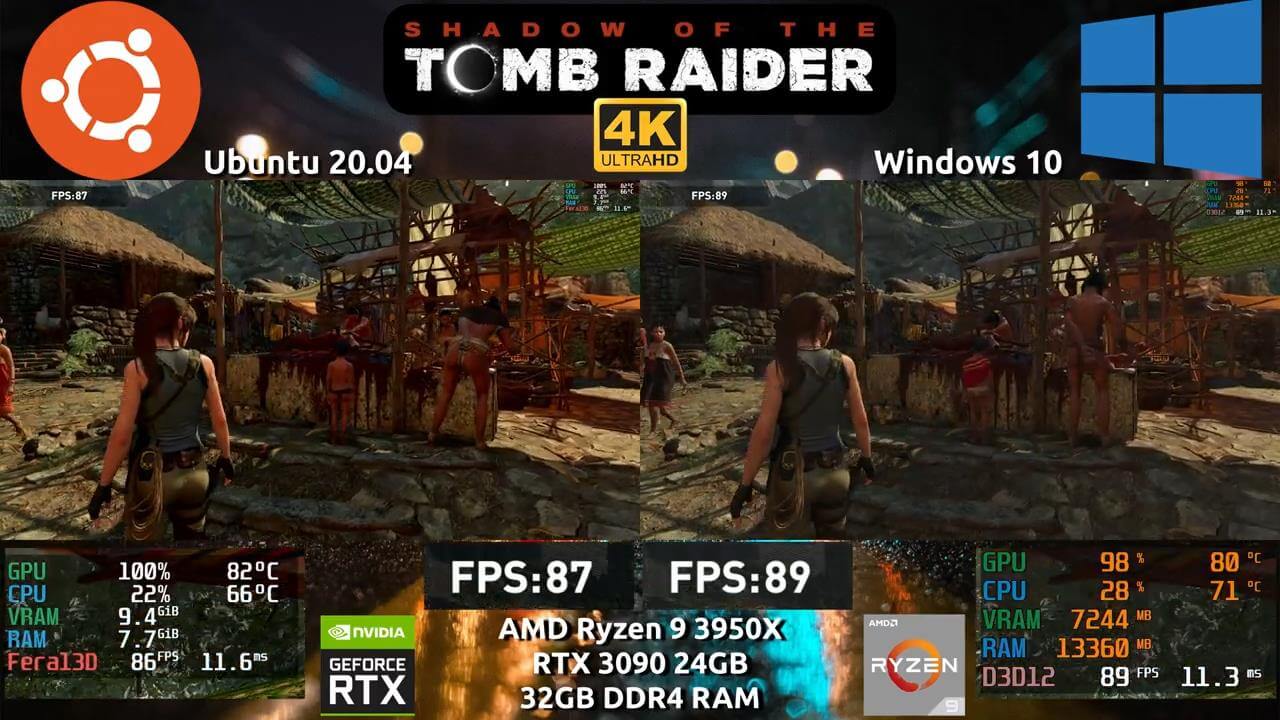