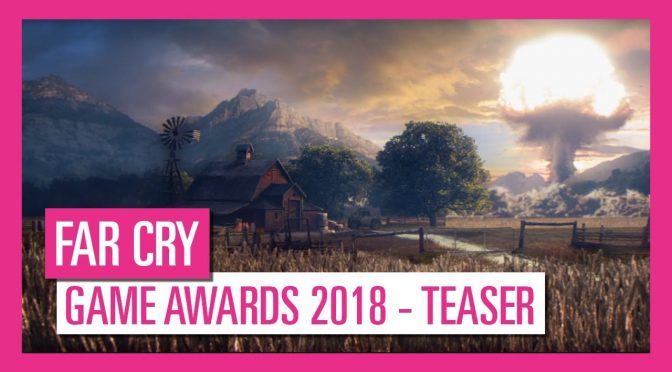 Ubisoft has announced that it will reveal the next Far Cry game at the Video Game Awards 2018 later today. In order to hype this new FC game, the publisher has released a teaser trailer that you can find below.

From the looks of it, this will be either a spin-off or a new game that will take place in the same universe with Far Cry 5, and after its events. The teaser clearly shows something that happened in the game so we won’t spoil it if you haven’t played it yet.

Ubisoft did not reveal any additional details, however it seems unlikely – at least in my opinion – that this is the next part in the main series. In other words, I don’t expect the company to announce Far Cry 6 (it’s not impossible but I will really be surprised if it does).

But anyway, enjoy the teaser trailer and stay tuned for more!