Ubisoft has officially revealed the third part in the Watch_Dogs series, Watch_Dogs Legion. Watch_Dogs Legion is set in a near-future, dystopian version of London. It’s a post-Brexit world in which society, politics and technology have changed and altered London’s fortunes.

The game will allow you to control multiple characters and it will also come with a permadeath feature, meaning that when one of your characters dies, he/she dies for good and can never come back.

In Watch_Dogs Legion, every individual you meet in the open world, has a full set of animations, voice over, character traits and visuals that are generated and guided by gameplay systems. As such, players will be able to assume the role of any NPC they desire.

What this basically means is that Watch_Dogs Legion will offer multiple missions that can be played via multiple characters (or at least that’s the main idea behind it).

Players can also unlock unique perks to personalize each member of their Legion according to their playstyle. Players can level-up each character within classes such as Hacker, Infiltrator, and Assault, and customize them further with unique outfits and iconic masks. 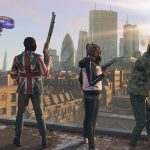 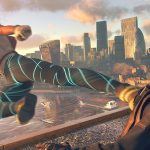 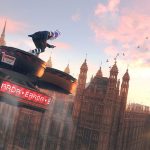