Ubisoft has shared a new slide for its FY19 Earnings in which the French company revealed that it has three unannounced games that will be revealed during its fiscal year 2020. What this basically means is that, alongside Ghost Recond Breakpoint, we should expect three new unannounced games to come out before April 2020. 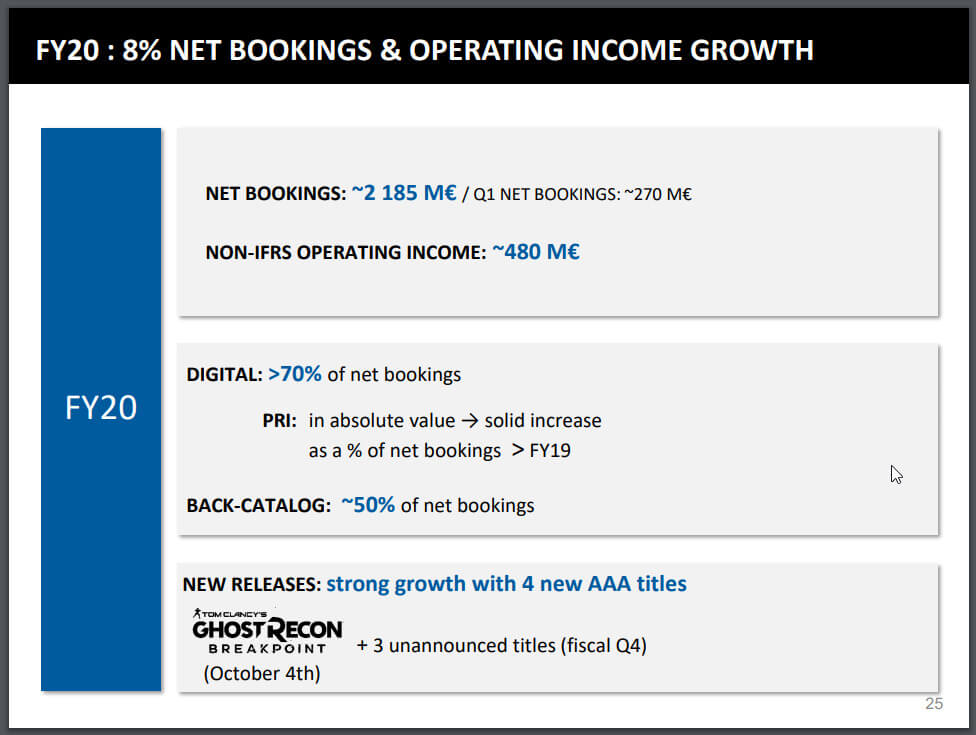 Do note that Beyond Good & Evil 2 is a game that has already been announced, meaning that it’s not one of the three unannounced games we mentioned above.

If we had to guess, we’d say that the two of the three unannounced games are the new Splinter Cell and Watch_Dogs 3. As for the third one, could this be Assassin’s Creed 2020 (though we’d expect the new AC game to come out around November 2020 and not during Ubisoft’s FY20)?

Ubisoft has also announced that it is currently looking into entering new gaming genres, segments and business models, and that it aims to create new IPs and new experiences. Moreover, the publisher plans to drive audience and engagement through bigger games and post launch content, bring its established PC and console franchises to mobile and to a much wider audience, and ramp up its capabilities for the upcoming generation of consoles.