Ubisoft has revealed its Q3 report for 2017-18. According to the French company, the Tom Clancy communities are almost at 60 million unique players and Ghost Recon Wildlands was industry’s seventh best-seller in EMEA and tenth in NCSA in 2017.

Moreover, The Division’s player engagement more than doubled with the 1.8 update and Assassin’s Creed Origins was the industry’s third best-seller in EMEA in 2017.

However, and what is really important for PC gamers, is that Ubisoft has managed to increase its PC sales. I’m saying this is good because this will motivate the French company to create even better PC versions of its titles.

Ubisoft claims that it has increased its PC sales to 18% by focusing on multi-player and RPGs, creating high-quality PC versions of its titles, and providing great online services. For reference, Ubisoft’s PC sales were around 7% five years ago. And… well… we are pretty sure Ubisoft that those percentages can go higher if you remove Denuvo from your games. Just a thought. 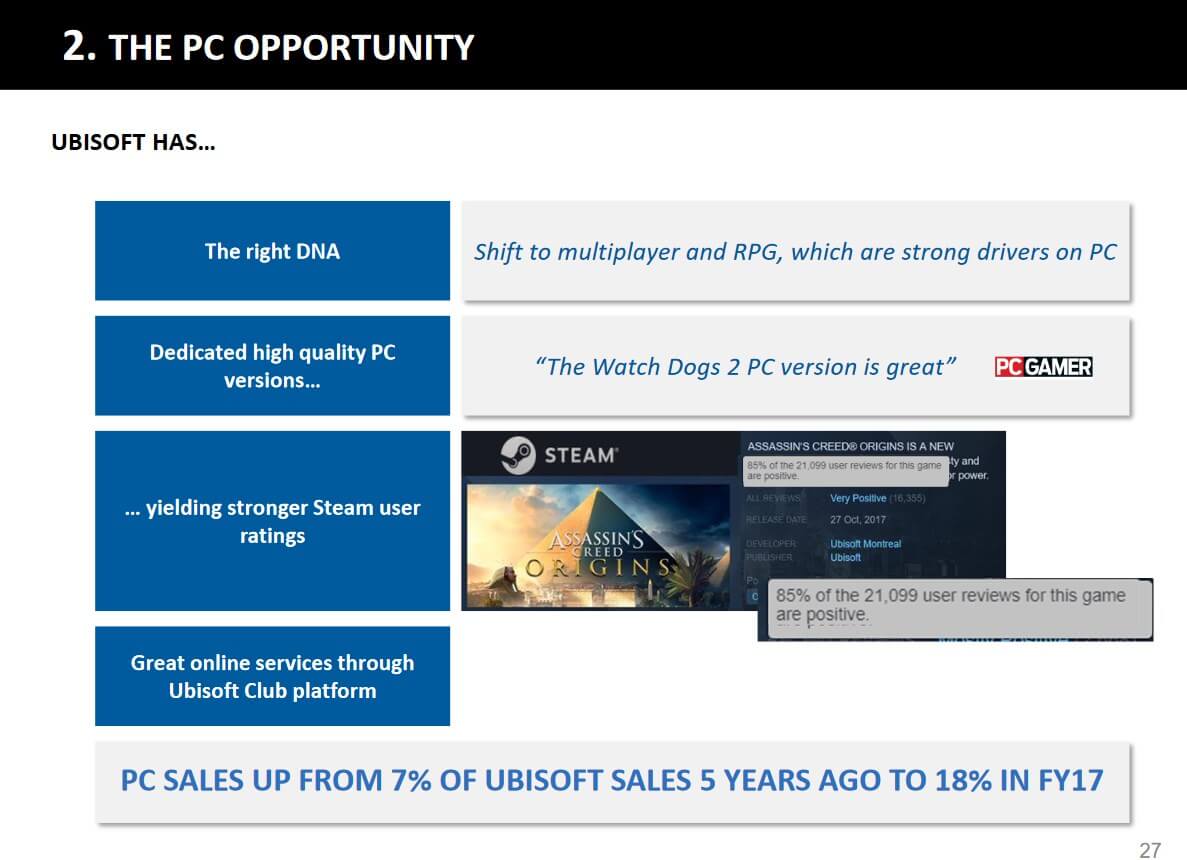