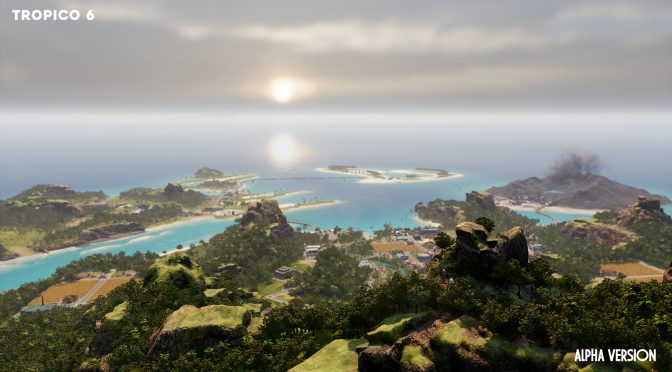 Tropico 6 was originally meant to come out later this month. However, Kalypso Media has announced that the game has been delayed by almost two months and now targets a March 29th release. Still, and according to the official press release, after going through rigorous in-house testing and taking on board all the feedback collected from the closed beta and the wider Tropico community, Tropico 6 is shaping up to be a great game.

Kalypso stated that it is striving to deliver an outstanding gameplay experience to make Tropico 6 the best in the series to date, and as such has taken the difficult decision to move the release of the PC, MAC and Linux versions to March 29th. This will allow sufficient time to implement as much of the fans’ feedback as possible and work on final balancing and polishing to raise the level of quality expected from this flagship brand to what the Tropico fans and community deserve.

Tropico 6 is powered by Unreal Engine for the first time and promises to feature stunning visuals, whether zoomed out for a full view of far-reaching archipelagos or watching each individual citizen go about their daily routines at ground level.

As a thank you to the loyal Tropico fans who have supported us through the development of the game, we will be offering the first major Tropico 6 DLC free of charge to anyone who has pre-ordered the game by 18:00 GMT / 19:00 CET on 10th January. The additional content will automatically be added to qualifying players’ game upon release in Q2 2019.