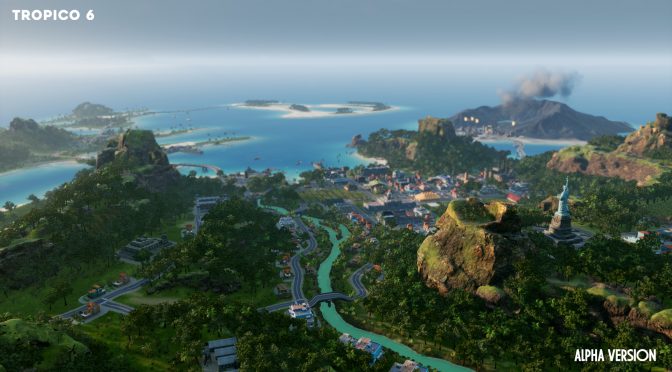 Kalypso Media has opened up the Tropico 6 beta to all for a limited time only, with a multiplayer stress test available now on Steam. Players can get in on all the action now until 18:00 GMT on 8th March.

The Tropico 6 beta offers access to the full tutorial, all eras (modern times only available in the tutorial), 11 sandbox maps, six missions and multiplayer for up to four players, and is available in English, French, Italian, German, Spanish and Russian.

You can access the Tropico 6 beta by visiting the game’s Steam store page.

Tropico 6 is a strategy game that will feature a revised research system focusing on the political aspects of being the world’s greatest dictator and will allow you to play on large archipelagos for the first time in the series. Players will manage multiple islands at the same time and adapt to various new challenges, send agents on raids to foreign lands to steal world wonders and monuments, to add them to your collection, build bridges, construct tunnels and transport their citizens and tourists in taxis, buses and aerial cable cars.

The game is currently scheduled for a March 29th release!