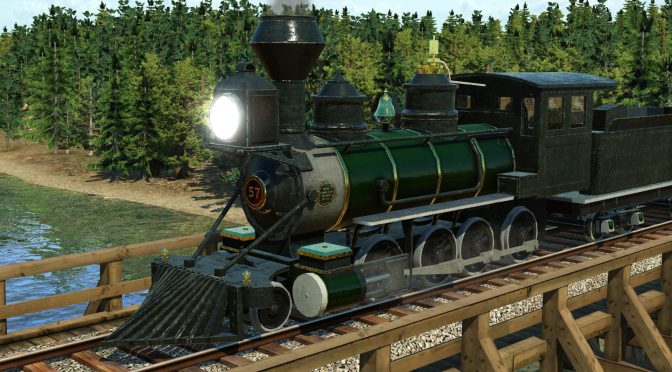 Gambitious Digital Entertainment and Urban Games have officially announced the follow-up to Train Fever, Transport Fever. Transport Fever is said to draw upon 150+ years of history with over 120 detailed trains, aircraft, ships, buses, trams, and trucks that age as time passes.

Transport Fever aims to become the next generation of transport simulation games, and represent the next step forward in the genre that the beloved Transport Tycoon series breathed life into so many years ago.

In Transport Fever, players will be able to construct stations, harbors, and airports, linking hubs of trade to meet the needs of evolving cities and shifting populations.

Players can upgrade their infrastructure to keep up with the times and connect cargo chains to enable economic growth as they establish their transportation empire.

Transport Fever will feature an endless mode as well as a campaign mode with historically inspired missions from Europe and North America.

Using the game’s flexible tools, players can create new roads and rails. According to the team, these tools will be the most intuitive and powerful track construction tools ever seen in a game, and they will allow any player to easily adapt to, or even modify, the randomly generated terrain. Moreover, the game will support mods via its Steam Workshop.

Transport Fever is coming to the PC this Fall.

Kudos to our reader “Niki” for bringing this to our attention!