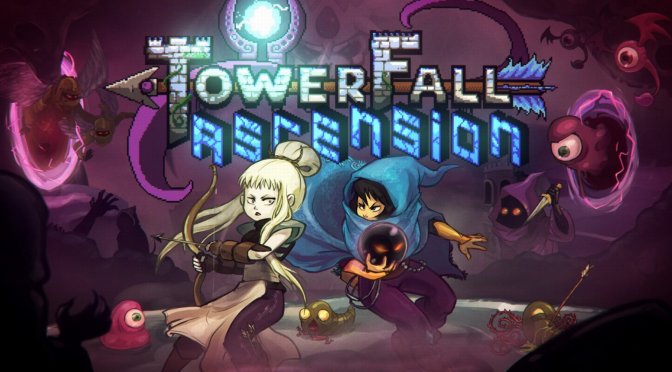 TowerFall Ascension is the definitive version of the hit archery combat game. Inspired by classics from the golden age of couch multiplayer, it’s a 4-player local party game centering around hilarious, intense versus matches. The core mechanics are simple and accessible, but hard to master and combat is fierce.

“Loot treasure chests for game-changing power-ups, master the art of catching arrows out of the air, or descend on your foes and stomp them into submission.”

TowerFall is best played competitively with friends, cross-legged on the floor within punching distance of each other.

You can get the game for free from here. Below you can also find its key features.