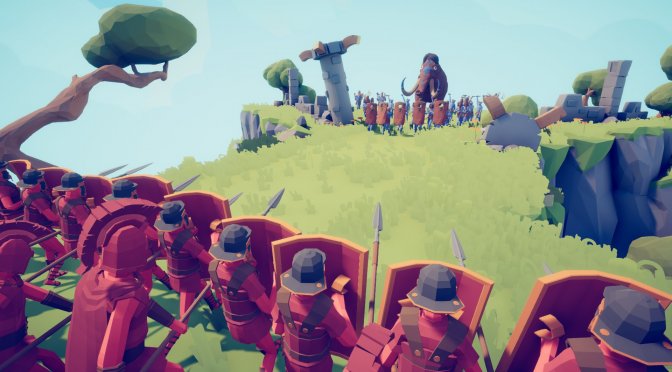 Epic Games has announced that Totally Accurate Battle Simulator is currently available for free on the Epic Games Store. PC gamers can visit its EGS page and acquire their free copy. As with all the recent free offers, Epic Games will be giving away for free for the next 24 hours.

Totally Accurate Battle Simulator is a wacky physics-based tactics game. Players will experience accurate warfare through the ages. As its description reads, the game uses state of the art physics-based simulation to provide you with never-before-seen insight to the greatest battles of history.

Totally Accurate Battle Simulator is currently in Early Access and you can acquire your free copy from here. Below you can also find the game’s key features.