SEGA has announced that Total War: WARHAMMER III has been delayed until early 2022. The game was originally targeting a 2021 release. However, and instead of rushing the game, SEGA decided to delay so that Creative Assembly can further optimize it. 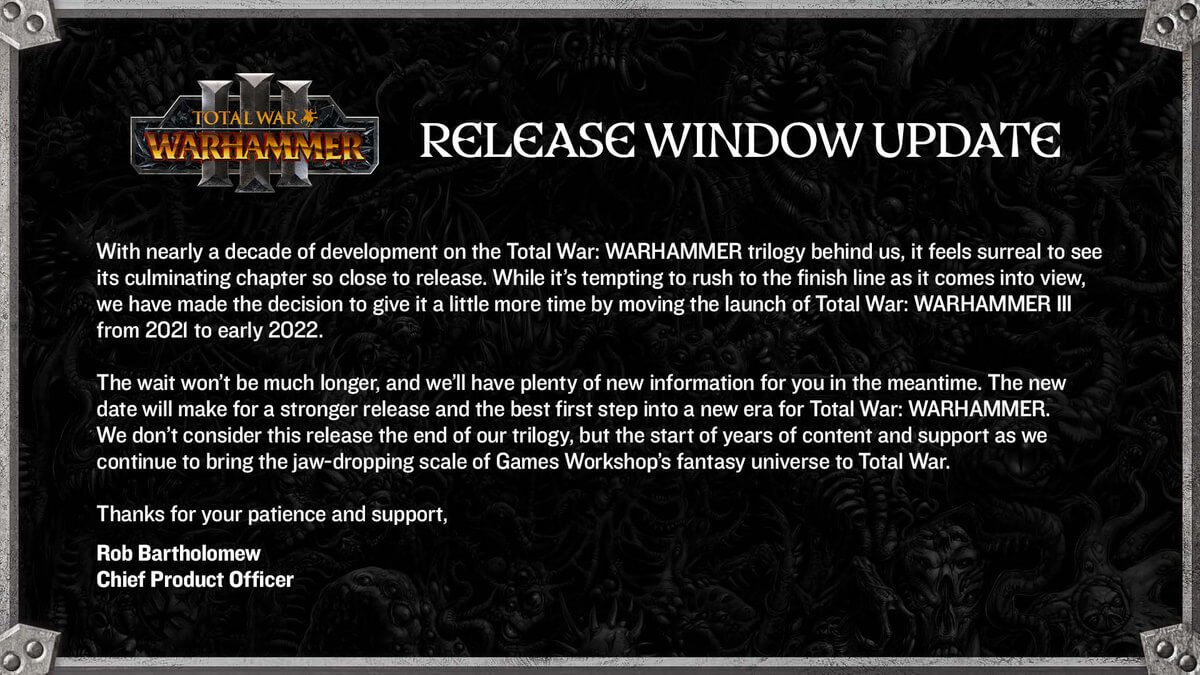