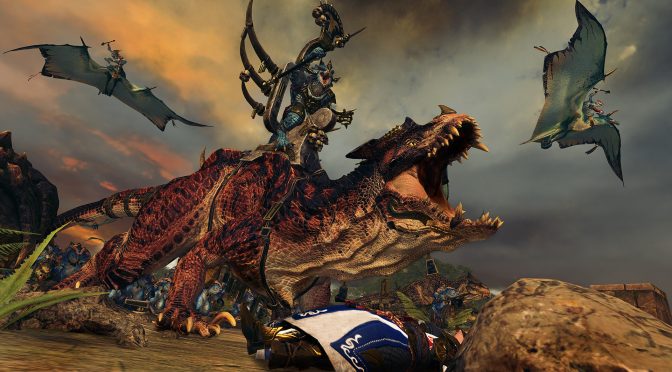 In a Total War campaign like no other, players will struggle for dominion over the ailing Great Vortex that has swirled for millennia above the elven homeland of Ulthuan. Performing a series of arcane rituals, each race must save or disrupt the Vortex according to their motivations – a struggle culminating in a cataclysmic endgame. Territorial conquest is no longer enough… this is a race for control that will define the fate of the world!

You can find below the first gameplay trailer for Total War: WARHAMMER II.

Total War: Warhammer 2: The Battle of the Fallen Gates - The PC Gaming Show 2017