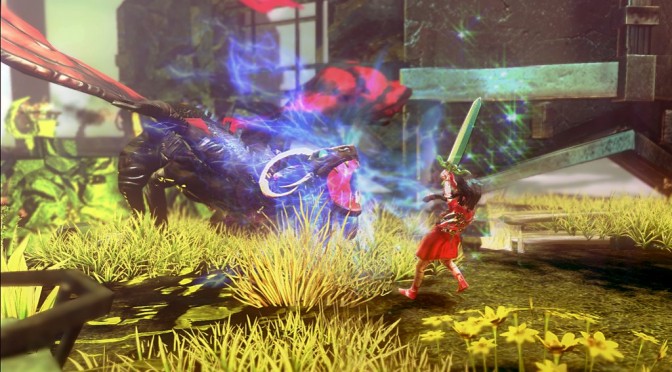 Remember Toren? Well of course and you don’t. After all, our most recent story about this adventure game was back in August 2014. Well, we are happy to report today that this “Zelda meets ICO meets The Last Guardian” adventure game has been released on PS4 and PC.

Toren aims to poetry to life in an epic journey of growth, discovery and overcoming great hurdles. In Toren players guide Moonchild from birth to coming-of-age as she embarks on a dangerous journey of revelation and transformation. A distinct and unique art style, dark fantasy storytelling, innovative puzzles and beautiful soundtrack combine to make Toren a memorable gaming experience.

“Toren is captivatingly crafted with the special magic of indie passion, taking players through an intriguing storyline to understand the mystery and majesty of the dark tower. Developed by Brazilian indie studio Swordtales, Toren already has been recognized for its beautiful graphics and compelling story, and is a key release for Versus Evil, the first in a series of highly-anticipated indie releases in 2015.”

The rich, fantastical atmosphere in Toren is conveyed through colorful and highly-detailed environments. The main character ages from a mere infant to a young adolescent, creating new game mechanics and challenges for each learning experience and phase of her life.

“We made Toren for players who love old-school Japanese adventure games who, like us, grew up playing the classic games of the late 90s and early 2000s. With the help of Versus Evil and the support of the Brazilian Cultural Incentive Law, Toren shows that even a small, dedicated team of indie developers in Brazil can touch the hearts and minds of gamers worldwide.”