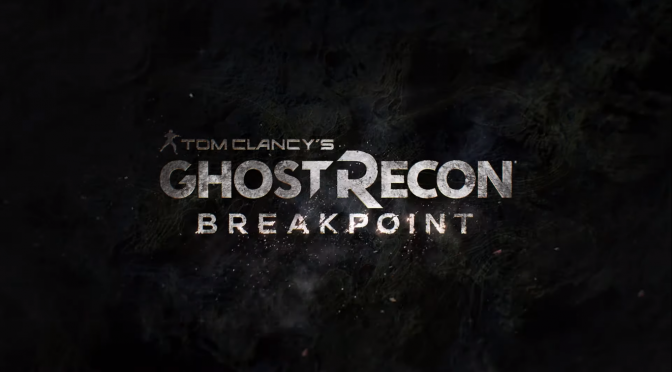 Tom Clancy’s Ghost Recon Breakpoint will be released at the end of this week. Many players already had the opportunity to try the game’s demo..I am terribly sorry, I meant beta. So far the game looks..well it looks like an Ubisoft game. You know, the usual Ubisoft open-world busy work without any soul. “It just works”, as my beloved Todd would probably say. Well it looks like it does not, since I also had the opportunity to play the demo.

The demo is actually worse compared to Wildlands. Seriously, it is very impressive how on earth they managed to do so. Maybe the “final” game could be better, but do you really believe that? Maybe, I don’t know, highly doubtful but I try to avoid being definite for anything these days. Honestly I am a long fan of the Ghost Recon series, since Desert Siege and Advanced Warfighter. Ghost Recon for me, died with Future Soldier. It wasn’t bad, but it was not a Ghost Recon.

Ghost Recon Tamedlands, was just another typical Ubisoft game. And yes – I know – it had co-op and Breakpoint does too, but that is not an excuse anymore. You can kick a rock in the street with friend and have fun, but you don’t pay 60$ for the rock, because it enables that social fun, as said by Upper Echelon.

So another Ubisoft game, has officially become, another “online service” looter shooter RPG. They did exactly the same thing they done, with Far Cry: New Dawn and Assassin’s Creed. Not every game has to become an RPG. Ghost Recon was about recon and tactics, where every mistake could be fatal, if the execution was not right. I will not be surprised, if the forthcoming Splinter Cell will be also an RPG. Why stop now right?

You can check Skill Up’s video below:

You can buy a crap load of cosmetics with real money. You can also buy weapons, attachments, crafting material, skill points and more. Also do not forget that the game features PVP (player vs player) and if you played For Honor you will probably remember how did that go. I dislike microtransactions, any kind of microtransactions, you can even see it in my biography. It’s greedy, shameful and plain shitty.

You can check Jim’s video on microtransactions below:

There will be no review for the game, so stay tuned for John’s performance analysis.