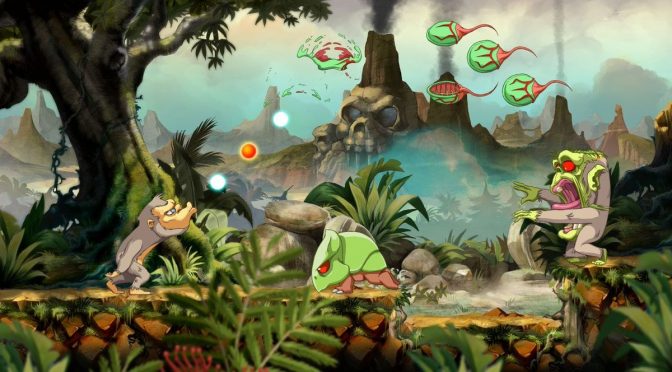 Microids has announced that the remake of Toki will be coming to the PC on June 6th. The PC release will feature a speedrun mode, new graphics filters and a Jukebox that will include 32 music tracks in total with 24 composed by Raphael Gesqua and 8 compositions from the original game.

This remake version of the game initially released in 1989 on arcade, has been completely redrawn et re-orchestrated by Philippe Dessoly and Pierre Adane. Cult 2D action platformer game, Toki seduced a whole generation of players with its challenging difficulty, specific of this time.

“After the Retrollector edition’s success, released on November 22nd, a physical and digital release on the other existing platforms seemed appropriate. We wanted all players to discover both the fun and the difficulty that Toki has to offer. We hope that the remarkable work done on this remake will delight both the old and the new generation.”

In order to celebrate this announcement, Microids has also released a brand new trailer for Toki Remake that you can find below!