And this is precisely why we should have beta phases for triple-A titles. It appears there is a major bug in Titanfall that is currently preventing players from connecting on the game’s servers. According to reports, this affects all platforms and is due to the game’s inability to allocate more servers. Microsoft is currently looking into it, so hopefully it will be sorted out pretty soon. 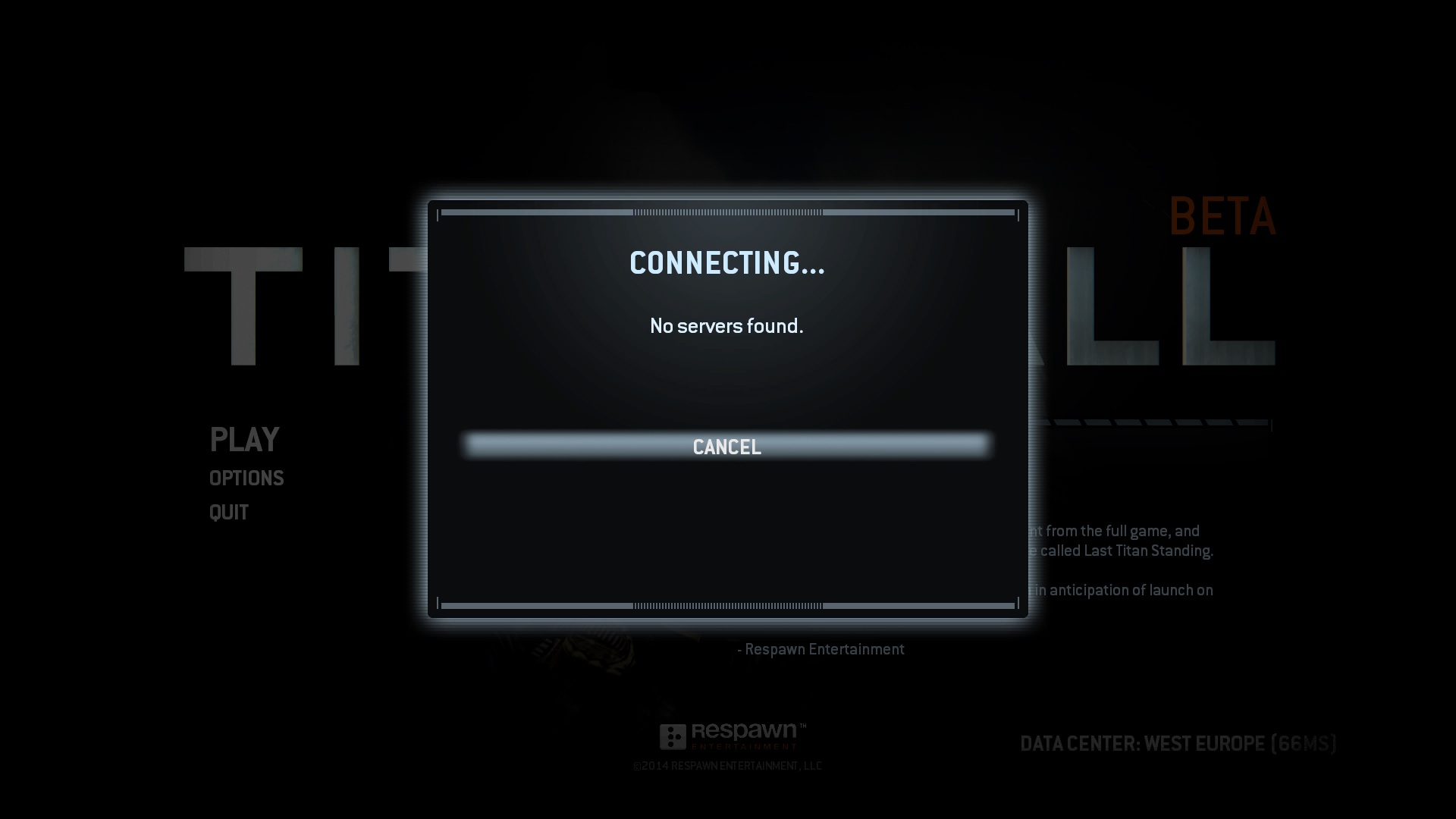 In case you were not aware of, all servers for Titanfall – on all platforms – are on Microsoft’s Azure platform. Since the game cannot allocate more servers, beta testers are unable to run the game and join any game.

Before jumping to early conclusions, this is not a weird ‘server limit’. It’s just a bug. Thankfully Microsoft is aware and working on it.

We’ll be sure to update the story the moment this issues has been resolved.

Servers are back online.