Mod creator, Keiretu, has recently published a new mod for The Elder Scrolls V: Skyrim Special Edition. The mod basically replaces the generic thrones of several Yarls, with much better looking models. There are five new thrones, and each one is designed for a specific hold.

Thrones of Skyrim is using the vanilla textures, so other texture mods will probably affect the new thrones. Furthermore, the mod does not need an esp to function, making installation easier, especially if you are using several other mods.

Below you take a look at the new thrones of the mod. 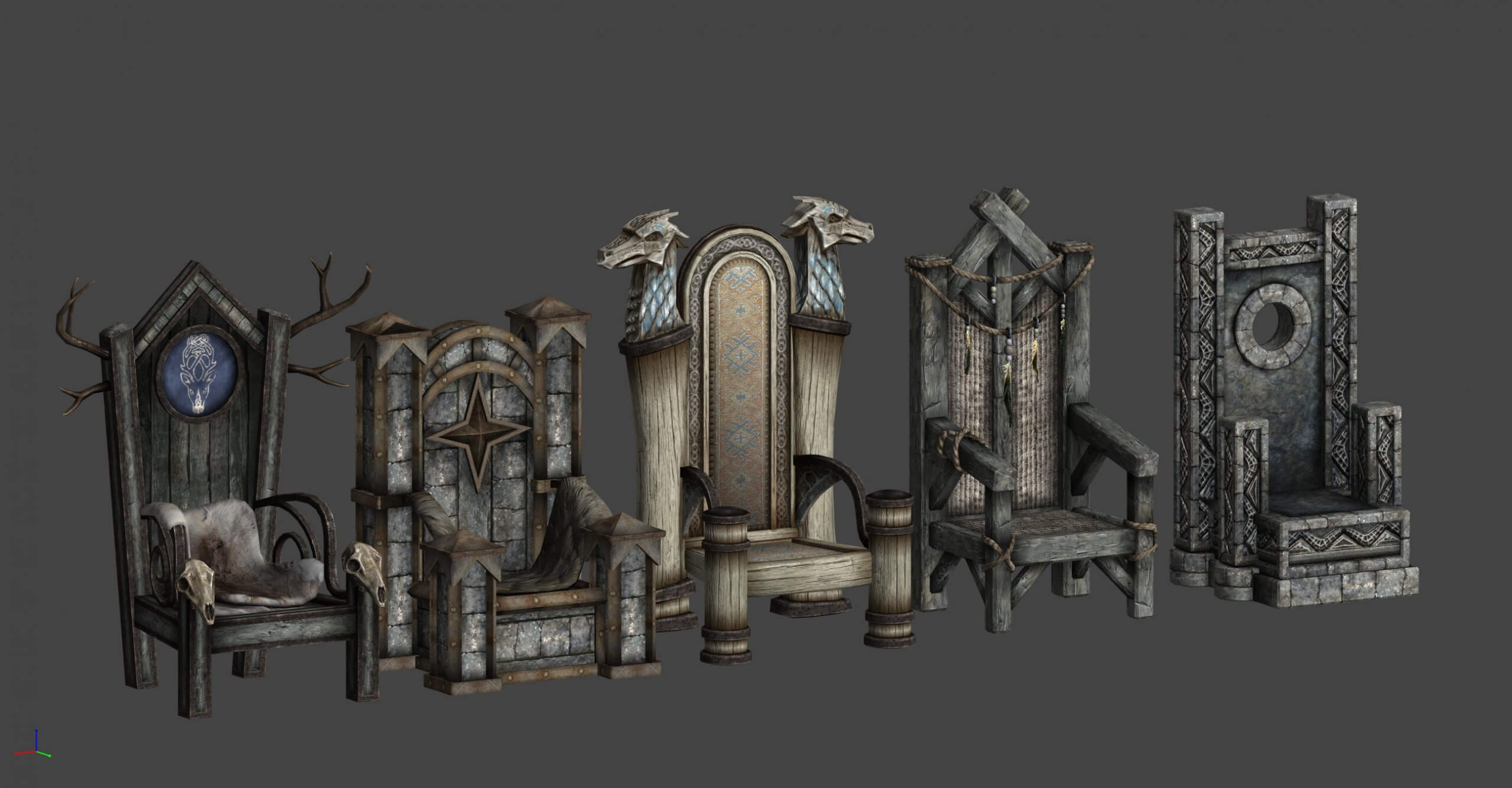 You can download the Thrones of Skyrim mod from here.