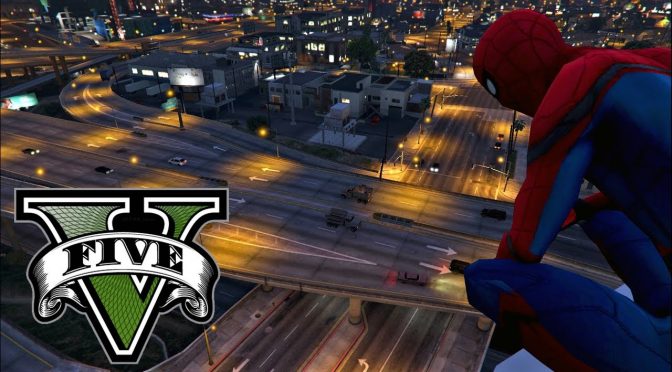 One of the biggest PS4 releases in 2018 was its exclusive Spiderman game. Now while this title will not ever come out on the PC or any other console, modder ‘JulioNIB’ decided to give PC gamers a glimpse at it by releasing a pretty cool new mod for Grand Theft Auto 5 that is heavily inspired by it.

This mod is in a WIP state and currently allows players to web swing with a variation in animations and ending animations, web zip to target, hang upside down from various objects, wall climb, web grab and attach targets and web grab and throw vehicles. It also features both melee and special melee attacks, and all of them are based on the PS4 Marvel’s Spider-Man game.

In other words, this mod will quench your thirst for a new Spiderman open-world PC game. Yes, this is just a mod for GTA5 but it seems to feature everything you’d expect from a Spiderman game (well, apart from a single-player campaign with a story and proper missions but still).

Now the downside here is that, as with pretty much all of JulioNIB’s mods, this Spiderman mod will be behind a Patreon wall. The current WIP version is only accessible to 10USD Patreons, and a new pre-release version will be accessible to 2USD Patreons in a couple of days. So yeah, here we are with paid mods in 2019 (I guess Bethesda was ahead of its time when it introduced this concept).

This mod uses OpenIV Package Installer (you can get it from here), as well as the ScripthookVDotNet mod. Those interested can unlock the mod by becoming patreons to JulioNIB by visiting this link and you can download the Spiderman suit from here.

GTA 5 - The Spiderman by JulioNIB - Work in progress release 1