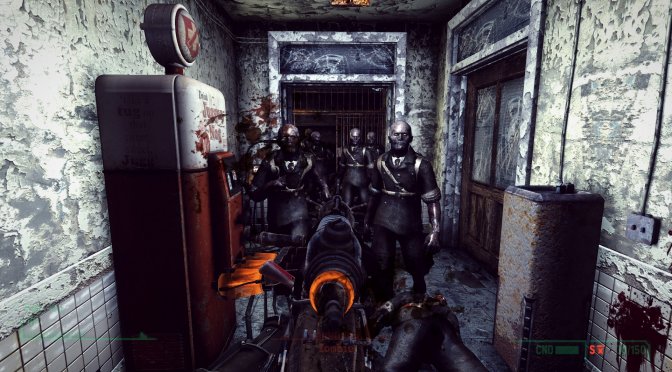 Modder ‘ZRV01’ has released a new mod that adds a Call of Duty-inspired Zombies Mode to Fallout New Vegas. As the modder noted, this is an effort to replicate the enjoyable horde survival from Call of Duty: World At War and Call of Duty: Black Ops, but in the Fallout world.

Going into more details, this project directly replicates the exact same ways the real zombies mode plays, including a points system, power, and even two-hit kill. Naturally, there are some minor differences here and there, mostly due to the differences between the COD and Fallout engines.

Fallout New Vegas Zombies is fully scripted, and is unrelated to the game’s lore. Moreover, it comes with custom model ports by georgem1010, Dragbody, M4k4rov and iSebastein.

You can download this mod from here. Below you can also find its key features.