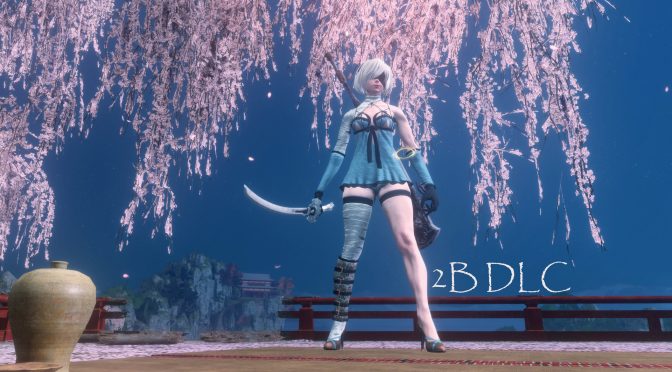 Going into more details, the new custom characters that players can have are: NieR Automata’s 2B and A2, Final Fantasy 7 Cloud, Devil May Cry 5’s Dante, Majin Nero, Lady and Nico, Darth Maul, Mortal Kombat’s Liu Kang and Scorpion, Bloodborne’s Gehrman and Yharnam Hunter, The Witcher 3’s Geralt, Guts from BERSERK and the Band of the Hawk, Killer Instinct’s Hisako, Dark Souls’ Gwyn Lord of Cinder, Negan from Tekken 7, Red Hood from Injustice 2, Fire Emblem Warriors’ Ryoma, Warriors All Stars’ William, Zero from Drakengard 3, Zoro from One Piece Unlimited World Red, Tenchu’s Ayame and Rikimaru, Miri from Vindictus, and Momiji from Dear or Alive 5 Last Round.

Eyedeability has also added some weapons for certain characters. For example, Dante can use the Sword of Sparda, Majin Nero has the Open Gate sword, Gehrman has the Burial Blade or the Burial Scythe and Cloud has the Buster Sword.

As the modder noted, the weapons were made to fit the character they’re for, so if you want to use one with another character you’ll simply have to use the FLVER editor to reposition them.

We strongly suggest downloading this mod as it introduces numerous custom characters to the game. Of course the voices aren’t changed but we are pretty sure that fans of specific games will be delighted to play Sekiro as their favourite characters.

Those interested can download the Ultimate Character Collection mod for Sekiro from here. In order to install it, you’ll need Mod Engine installed (you can download it from here). You’ll then have to make a folder called ‘mods’ in your Sekiro directory (where your .exe is) and then create a new folder called ‘parts’ in the mods folder. Then, you’ll just place the file/s in the parts folder and you will be good to go.