Oh boy, here we go again. Remember when Bioshock 2 was released and the widescreen mode was simply a FOV hack that positioned the camera closer to the view? Well, here comes the latest patch of The Witcher 2 to piss off PC gamers with that same issue. CD Projekt RED is a respected company and we couldn’t believe it when we heard it. But here are some screenshots that prove those complains. Although you will enjoy The Witcher 2 now without those annoying black bars, CD Projekt RED failed to properly support all those custom aspect ratios.

So what’s the deal here. Instead of properly adjusting their game to the various aspect ratios, CD Projekt RED decided to simply ‘hack’ the FOV and bring the camera closer. As a result of that, gamers will find it hard to look around since Geralt is now too close to the screen.

Here are the screenshots that prove this ‘fake-ish’ aspect ratio fix. On the left we have the default 16:9 screenshot and on the right the 16:10. As you can immediately notice, the screen on the right is actually cropped.

That’s a yellow card our dear CD Projekt RED. So let’s hope now that a proper fix will be made available with the next patch! 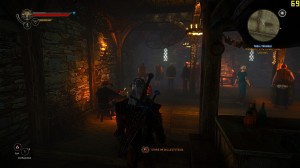 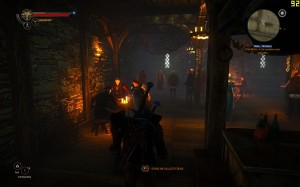