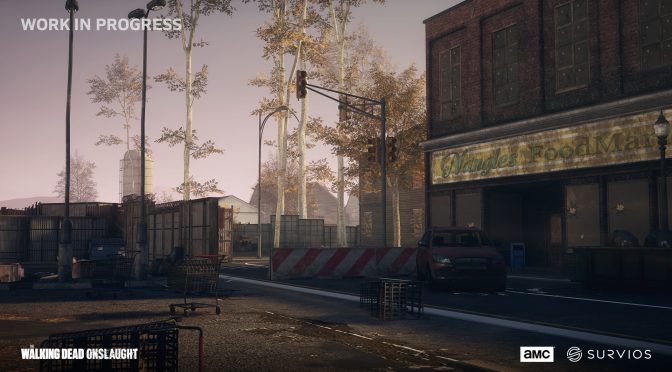 The Walking Dead Onslaught promises to introduce the most visceral combat experience that Survios has built to date. Players will scavenge and wield an arsenal of iconic melee and ranged weapons using real-motion VR mechanics – and experience the variety of their graphic end results.

It’s also worth pointing out that the game will feature a progressive dismemberment system. For example, Walker limbs are vulnerable for removal at many joints, including arms, legs and neck, and they will react where they are stabbed. Moreover, a proprietary “gore mesh” system promises to create realistic wounds anywhere on a walker’s body, and varying reactions take place based on context (precise slicing through enemies result in getting stuck, resistance when pulling out weapons and grappling).

Walkers can also be grabbed and restrained for precision melee attacks and strategic defence, and they can be pushed and thrown at other walkers.

AMC and Survios plan to release The Walking Dead Onslaught in Fall 2019!