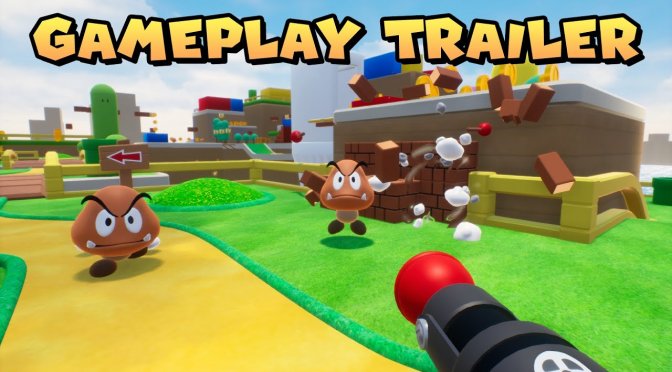 Last month, we informed you about a Super Mario FPS fan game that Sean Noonan has been working on. And today, we are happy to report that this tech demo is available for download. Yeap, you can download and run this Super Mario FPS demo on your PC systems.

Sean Noonan, who is a Lead Level Designer at Splash Damage, has created his own interpretation of World 1-1 from Super Mario Bros in Unreal Engine 4. Players will be able to explore it, collect coins, and use weapons in a first-person mode to kill enemies.

Seriously, this tech demo looks absolutely phenomenal, and you should download it while you still can. Since the tech demo is already out, we are pretty sure that Nintendo will not be able to stop it. I mean, even if they send Sean Noonan a C&D letter, someone else will re-upload it.

As its description reads, The Super 1-1 Challenge is a time trial FPS where the goal is to reach the end of the course. Players must find all golden coins and all 8 hidden red coins in the fastest time possible.

You can download this Super Mario FPS fan game from here.