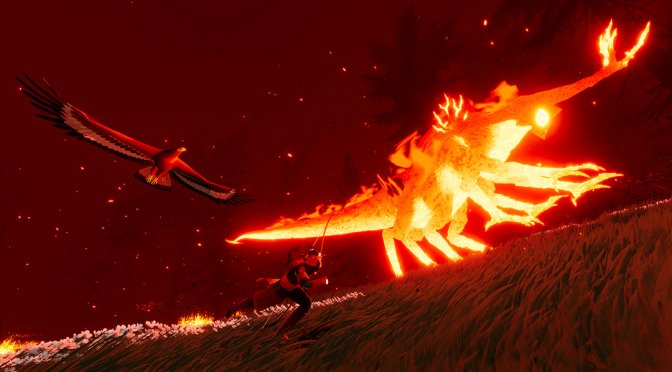 Annapurna Interactive has announced a new open-world atmospheric adventure game from the creators of ABZU, The Pathless. This game will release on the PC exclusively via Epic Games Store, and you can find below a new gameplay trailer for it.

In The Pathless, you become the Hunter; a master of archery whose mission is to dispel the curse of darkness that grips her world. Players will forge a connection with an eagle companion as they explore a vast, forested island full of secrets. Players will also solve puzzles in ancient ruins and test their skill in epic battles.

The following trailer packs six minutes of gameplay footage. Additionally, this trailer will give you an idea of what you can expect from this new adventure game.

Annapurna Interactive plans to release The Pathless later this year on the PC.