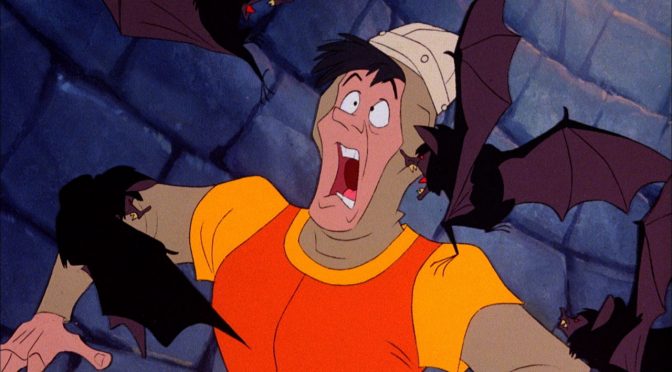 Digital Leisure has released the original LaserDisc trilogy of Dragon’s Lair on GOG. This collection features Dragon’s Lair, Dragon’s Lair II: Time Warp and its sci-fi counterpart Space Ace. These games were originally released in 1983 mainly for the arcades and their gameplay is focused on quick time events.

According to GOG, all three games have been remastered and contain sweet extras, like interviews with the creators or insights on how their amazing animation came to be.

In Dragon’s Lair, you play the heroic Dirk the Daring, a valiant knight on a quest to rescue the fair princess from the clutches of an evil dragon. On the other hand, Dragon’s Lair II: Time Warp has you leading Dirk again on a perilous quest. Spirited away to a wrinkle in time by the evil wizard Mordroc, Princess Daphne will be forced to marry the wicked Mordroc unless Dirk can save her.

Last but not least, Space Ace will have you take control of Ace – Defender of justice, truth, and the planet Earth. Ace is being attacked by the evil Commander Borf and players will struggle with Dexter to regain his manhood, destroy the Infanto-Ray and defeat the evil Borf.