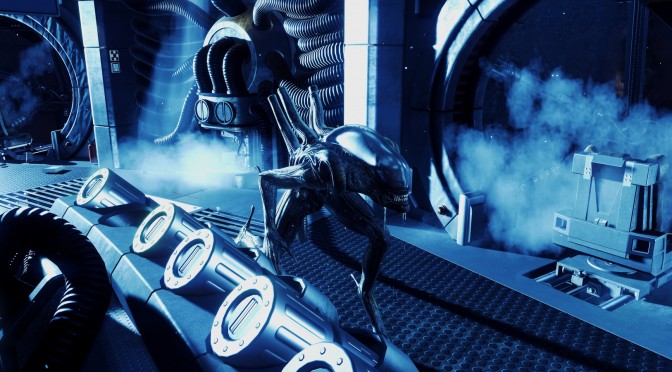 Rumour alert everyone. The official Twitter account has shared the following teaser video for a brand new project. Now while we are not certain whether this is a hint/teaser for Alien Blackout, a game that 20th Century FOX has already trademarked, we’ve decided to share it with you  as the timing appears to be… well… interesting?

Now I don’t want to get your hopes up, so take this with a grain of salt. We know that Alien Blackout is real – otherwise 20th Century FOX wouldn’t trademark it – and we guess that it will be announced perhaps this or next year, however this teaser may be for an entire different project. The video footage does appear to be from a video-game however it’s really shaky and we can’t really be certain about it. Also, I don’t know if anyone can find any clues in the sound clip that is included in it.

As always, my “realistic side” tells me that we’ll be really disappointed when this “project” is fully unveiled but here is hoping that SEGA and 20th Century FOX will surprise us.