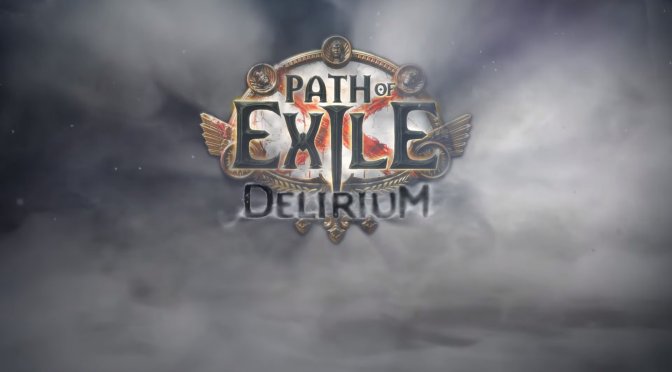 Grinding Gear Games has announced that the next expansion for Path of Exile, Delirium, will come out on March 13th. In order to celebrate this announcement, the team has also released a new trailer that you can find below.

Not only that, but Delirium introduces dozens of lethal monster modifiers, many new bosses, and horrifying demons lurking within rare and unique monsters. Naturally, players will also experience more numerous and challenging enemies with greater rewards.

Players can also apply Orbs of Delirium to endgame maps to control how intense their Delirium is. Under the influence of an Orb, you are immediately plunged into Delirium for the entire duration of that map. While a single Orb creates a challenging encounter, players can apply up to five orbs to a map for ultimate difficulty and rewards.

Lastly, players can extend their passive skill tree by placing a Cluster Jewel in one of its outermost sockets. Cluster Jewels let you grow your own passive tree with craftable mods and by adding one of 280 new notables. Players can even graft additional sockets for deeper nesting.