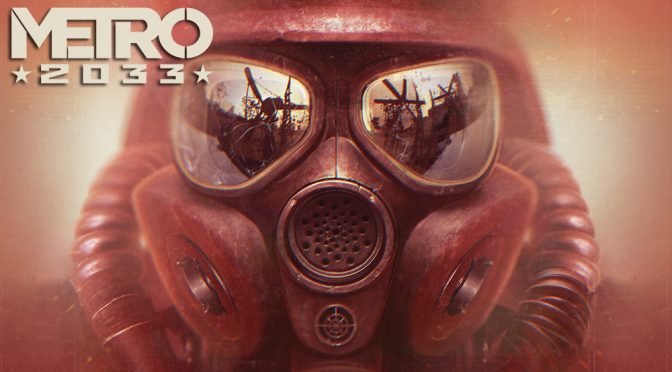 I have played all the Metro games several times since release, and the second one is probably my favourite. Wandering the claustrophobic underground tunnels of the metro, beneath fallen Moscow, was and still is very entertaining. Unfortunately, I haven’t read the books yet, even if I do own the first one. Eventually I will, though, and definitely before its official movie hits the theatres. Yeap, you read that right; a Metro 2033 movie is actually happening.

“The book by this Russian author has become known throughout the world, and it is embedded in the cultural code of sci-fi fans and gamers all over the planet. For us and Gazprom Media Holding, this is a dream project, the most ambitious and large-scale film that we have ever launched. We intend to invest an unprecedented sum … in the production and promotion of this movie both in Russia and abroad.” Valery Fedorovich, producer

Metro: Exodus, the latest game, did not sit well with some players. That is because the developers decided to move on from the metro tunnels to something more open. Personally I really enjoyed Exodus since it reminded me one of my favourite games which is none other than S.T.A.L.K.E.R.

“’Metro 2033’ is my first novel. It played a very special role in my life, and, despite getting numerous offers to [adapt it for the screen], I turned them all down for over 10 years. In Russia, I didn’t see any producers who could make a good [screen adaptation of] this book. It just seemed impossible. But now I finally met a team that I can entrust ‘Metro’ with. Our ambitions turned out to be similar: to create a world-class blockbuster and stun even those who have read the trilogy and know it by heart. So as not to disappoint them, I am ready to become a creative producer of the movie and help create it with both my advice and action.”  Dmitry Glukhovsky

Now I know what you all probably thinking; “oh shit not another video game movie adaption”. Well it is not. This is actually a book adaption but still, I’m pretty sure the producers are counting on the millions who have played the games to buy a movie ticket. So I’m guessing they want to please everyone, something that usually fails. Even so I hope for the best.

“In the last decades, a real mass culture cult of post-apocalyptic fiction has taken shape in our country, therefore, it bears great box-office potential. Books by the Strugatsky Brothers and Dmitry Glukhovsky, ‘The Fallout’ and ‘The Last of Us’ video games, the ‘Walking Dead’ series, and the ‘Mad Max’ [movies] are just a few titles on the list of those that are popular with Russians of all ages. That’s why we are planning the largest-scale advertising campaign we have ever done.” Evgeniy Nikishov, producer

Kudos to Mr. Glukhovsky for not giving in to Hollywood offers. Do you imagine this taking place in Washington? Thank god it didn’t happen. Hopefully these producers will stay true to the original source material.

“’Metro 2033’ is a cult novel that has played a great role in the development of a whole generation. Regarding cinema production, this work is difficult to adapt for the screen but it will undoubtedly pay off as a major hit at the box office.” Vadim Vereshchagin, producer