Warner Bros and Snowblind Studios announced today that The Lord of the Rings: War in the North will launch in the UK in November, 2011 for PlayStation 3, Xbox 360 and Games for Windows. The game’s Collector’s Edition, featuring behind-the-scenes looks at the game development, a specially crafted art book, digital download content and more, will also launch in November.

The Lord of the Rings: War in the North, rated BBFC 18, transports players to unknown lands, as yet unexplored in film, as they journey to the Northern lands of Middle-earth. Intertwining the characters and storyline of the novel and films, the game takes place in parallel with the well-known Ring Bearer’s quest, but in the equally harsh and contested lands to the North, as the battle for Middle-earth’s survival rages.

Developed by Snowblind Studios, The Lord of the Rings: War in the North is an Action-RPG featuring a unique 3-player co-op system. Gamers must battle, explore and journey together, balancing their strengths and weakness as a cohesive Fellowship of Human, Elf and Dwarf, or falter and perish in their journey. In every aspect of the game – combat, exploration, healing, even loot gathering – the Fellowship plays a vital role. 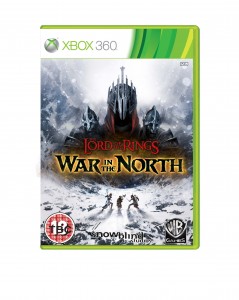 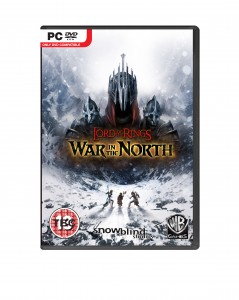 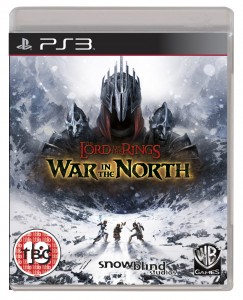