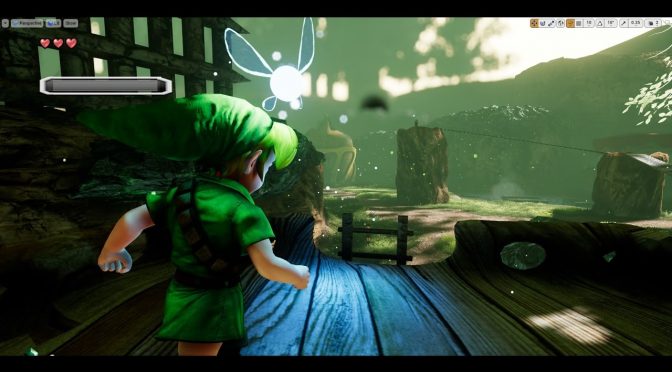 CryZENx has recreated the Kokiri Forest from The Legend of Zelda: Ocarina Of Time in Unreal Engine 4, and has released this map to the public. This map will give you an idea of what a new Zelda game in Epic’s latest game engine could look like.

Now I know that some of you are not big fans of these Zelda recreations, however they are free and… well… they are cool.

Unfortunately, CryZENx does not plan to collect all of his recreations and release them as a fan-made game. Perhaps that’s the reason why Nintendo has not send him a C&D letter yet.

Either way, we strongly suggest downloading this new recreation while you still can.