Modder ‘Kaldaien’, best known for his incredible FAR mod for NieR: Automata, has released the first mod for Final Fantasy XV. This Special-K mini-mod improves performance, as well as loading times and texture streaming when using the High-Resolution texture pack.

According to the modder, the Steam version of Final Fantasy loads input icons synchronously any time it sees input on keyboard/mouse or gamepad. As such, Steam owners may experience additional hitches due to this issue. Thankfully, this mod works around this issue by preventing the game from seeing input events.

Furthermore, this mod includes a fix for excessive SteamAPI overhead that causes unusually long load screens and hitches during heavy texture streaming. As the modder claimed, these longer loading times are not caused by the Denuvo anti-tamper tech.

Those interested can download this mod from here. In order to install this mod, all you have to do is extract the zip file into the game’s main folder. After installing it, you’ll have to press Ctrl + Shift + Backspace to open Special K’s config menu. Below you can find a screenshot showing how you can disable mouse and keyboard input. 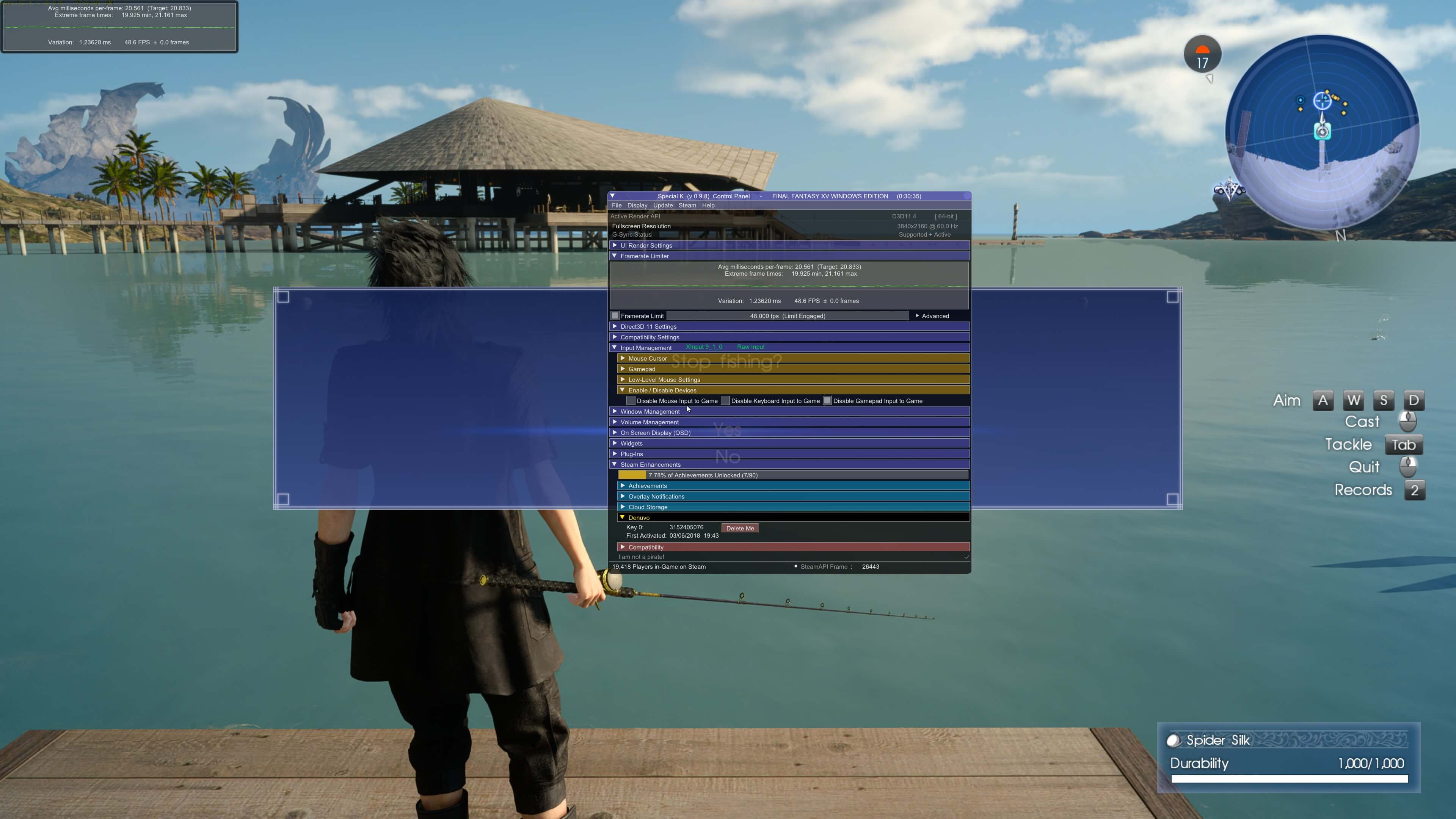