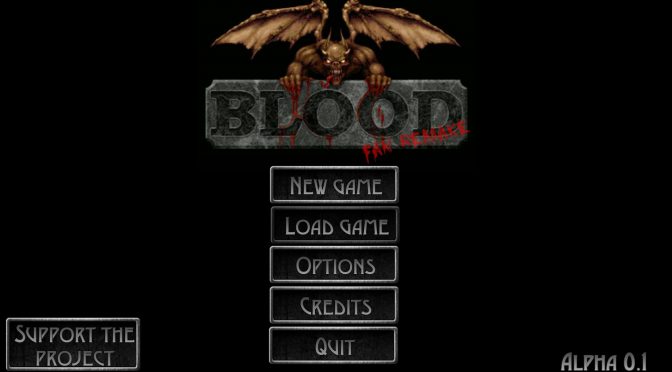 Modder ‘OrdinaryFpsfan789’ has released the first alpha demo for his Blood fan-remake in Unity Engine. The demo features the first level with 5 difficulty options, 4 functioning weapons (with secondary fire modes for flare gun and shotgun), 3 types of enemies and some basic options.

In case you weren’t aware of, this is a remake of the classic FPS Blood from 1997 in Unity Engine, that will be completely free and non-commercial.

This first demo does not feature any powerups or items. There is no map, and does not support any saving/loading mechanics.

The next alpha version/demo of this fan-remake may come out in 4-6 weeks, and will contain levels 2 and 3, as well as the rest of the basic things missed in this release.