Modder ‘trancemaster_1988’ has released the 1.9 version of his ‘Rebirth’ mod for Bethesda’s classic RPG, The Elder Scrolls III: Morrowind. Morrowind Rebirth is an overhaul in which players can find new enemies to fight, exciting areas to explore, gain access to new weapons to slay your foes or just roam the huge world that’s out there. You can view some new screenshots from it, the changelog and the download link below. Enjoy!

The modder aims to add – in Rebirth’s next version – a massive underground sewer/cave-system in Balmora, as well as lots of hidden stuff and cool features (by Fulgore). In addition, the next version of Morrowind Rebirth will feature 5 New Dwemer encounters, New Dwemer weapons & armor pieces, Reworked Vampire Lairs, New Splashscreens, and a Daedric Realm.

* A Dunmer inside the temple complex, Ald-Ruhn, had no head mesh assigned to him.
* Reworked the area in and around Ebonheart, for example a new plantation just east of the castle.
* The smoke from the chimneys at Ghorak mansion in Caldera were misaligned.
* Daedra Lord of Inspiration now have a chance to drop Daedric Face of Inspiration.
* Daedra Lord of Terror now have a chance to drop Daedric Face of Terror.
* Dremora Lord of Divinity now have a chance to drop Daedric Face of God.
* Increased the soul value of Golden Saint from 400 to 500, which makes it possible to make constant effect enchantments with the new game settings.
* All House Dagoth members now have a random chance to drop ash salts.
* Pathgrids in Ald-Ruhn should now work properly.
* Fixed a landscaping error in Ald-Ruhn, which caused NPC’s to fall off the stairs.
* Improved the terrain around Caldera Mine.
* Fixed a script error in “Assabascript\”.
* Fixes a lot of floating Fungai along the Bitter Coast.
* ALL spears have been rebalanced.
* A new Tavern near Khuul, The Silver Barrel.
* Improved vertex shading in some areas.
* New encounters like unique creatures, bandits etc.
* Fixed some inconsistancies with the Bonemold armors.(Bonemold AR 15, Armun-An Bonemold AR 16, Gah-Julan Bonemold AR 17)
* The Ten Pace Boots are now considered as “Light” instead of “Heavy”.
* Blessed Tower Shield now uses the correct “bodypart” in the CS. Also fixed some stats.
* Most NPC’s in the Imperial Guard Garrison, Ebonheart didn’t had any weapons to fight with, or they used the wrong type of weapon compared to their assigned class.
* Fixed an error in leveled list which made it too easy to aquire high level loot.
* Fixed a pick pocket error (game setting)
* It’s now more expensive to fast travel by the Silt Strider/Boat (2x) or via The Mages Guild Service.
* Made some changes to the “Trader” & “Smith”-class to improve their skills in speechcraft and Mercantile.
* It’s now more costly to remove your bounty through the Thieves Guild Services.
* Your disposition will be harder to raise through bribing NPC’s.
* Traders will be more suscpicious to you. You need a high personalty rating to get better prices.
* Removed the “Dwemer Repair Bot” due to an animation error.
* Fixed a lightning issue in Odril’s shack, Seyda Neen.
* Fixed some incorrect weapon length values.
* A new shield, House Hlaalu Royal Shield
* New headwear, Redguard headwrap (open & closed versions).
* You will now find basins and bathtubs in Imperial homes 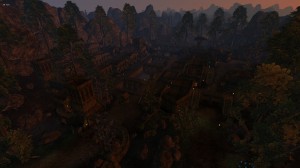 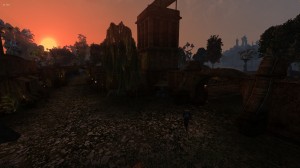 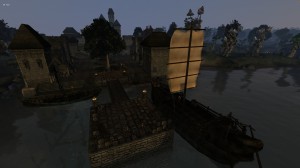 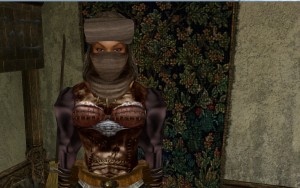