Last week, we informed you about a must-have mod for Dark Souls 3, BloodSouls Judgement of Ash. And today, we are bringing you another mod that adds a lot of new content to FromSoftware’s action RPG.

According to its description, The Convergence aims to offer a whole new Dark Souls 3 experience with plenty of new spells, classes, items, weapons, bosses and much more.

Going into more details, this mod adds over 150 spells and 12 total spell schools. Additionally, it brings dozens of new weapons, armor and tools. Not only that, but this mod packs major map edits on certain zones including adding completely new areas to Irithyll and Farron.

Furthermore, The Convergence has custom bosses and custom enemies throughout the world including in both DLCs. In addition, it features a completely new alchemy system available at every bonfire where the player can craft alchemy items with reagents.

In short, this is a mod that most Dark Souls 3 fans should – at least – try. So, if you are a die-hard Dark Souls 3 player, you can download it from here.

Lastly, you can find below some screenshots from this mod. 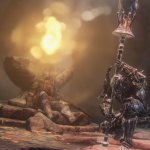 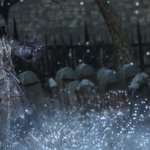 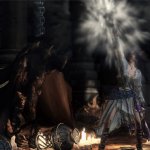