Modder ‘hoover1979’ has released the first tech demo for his Ultra High Resolution texture pack for id Software’s classic Doom games. According to the modder, this pack is still a long way from completion and all textures presented in this pack are subject to change. Moreover, this pack is compatible with almost all of id Software’s classic Doom games. In other words, you can use it in Doom, Doom II, and Plutonia Experiment.

The modder has also released the first screenshots for his Texture Pack, and you can view some of them below.

Now while the new textures look great, I get a feeling that something is wrong or ‘out of place’ with this current version of this pack. My guess is that the low-res textures of the weapons and enemy sprites completely destroy this UltraHD treatment Doom’s environments receive. Some Ultra High Resolution textures for enemies and weapons would do wonders so that it could retain a proper HD feeling.

Furthermore, some environments look now more ‘flat’ than before. I don’t know whether this is due to the new textures or the new backgrounds/skyboxes. Moreover, it appears that the modder has used a HQ filtering to the enemies and weapons, resulting in underwhelming results (enemies look more cartoon-ish). I mean look at this screenshot. Some elements (the circled ones) now feel completely out of place. 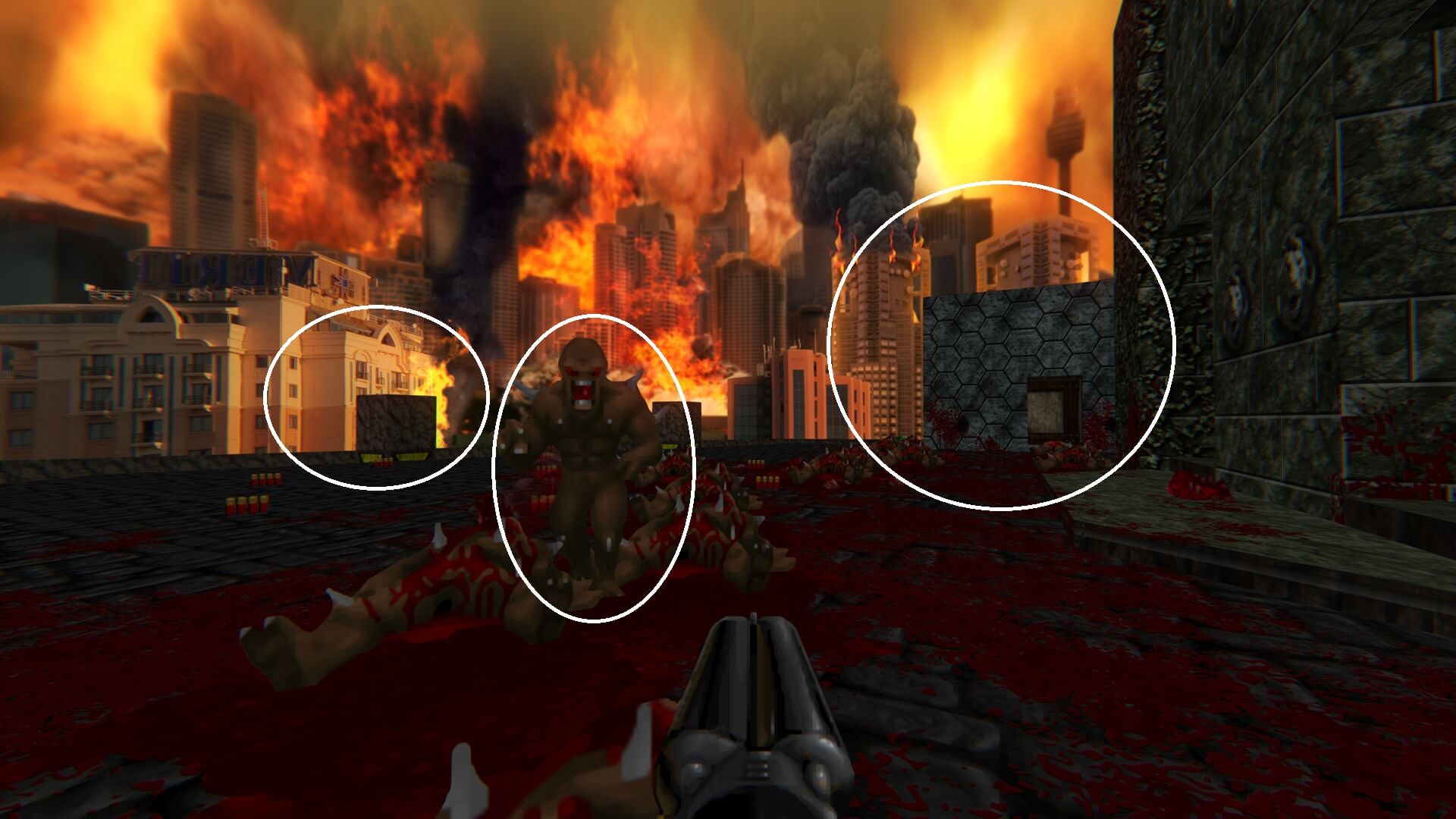 But anyway, this Texture Pack has a lot of potential as some environments do benefit from these new Ultra high resolution textures. Here is hoping that hoover1979 will address the aforementioned issues, will improve backgrounds and skyboxes (in order to keep consistent scenes). We also hope that he will remove that filtering from the enemy/weapon sprites in order to implement brand new HD textures to them.

Those interested can download the tech demo from here and experience themselves id Software’s classic Doom games in Ultra HD. 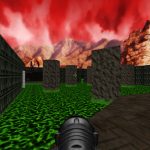 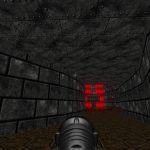 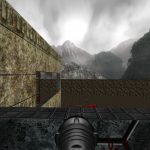 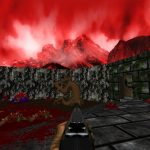 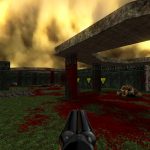