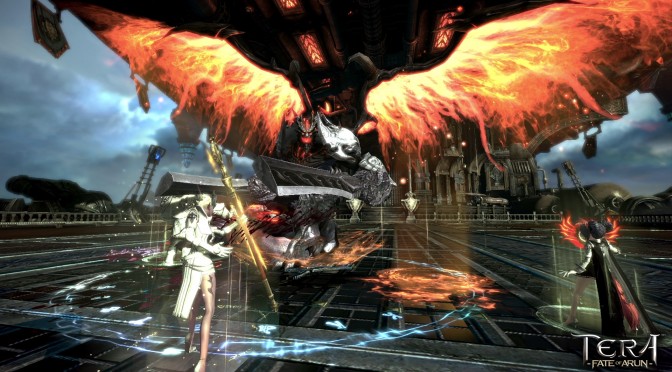 En Masse Entertainment announced today that its award-winning PC action MMORPG, TERA, is the most-played MMORPG on Steam. This statement is based on publicly available MCU (Maximum Concurrent User) statistics for the Steam platform via Steam Charts.

Since launching on Steam on May 5, 2015, TERA has seen explosive growth, with new and returning players pushing the total number of accounts to over 4.5 million in North America and 20 million worldwide! And those players have been busy—killing an average of 6 million BAMs (Big-Ass Monsters) and clearing 70,000 dungeons a day.

“En Masse Entertainment would like to thank our loyal and enthusiastic TERA community. Their support and feedback has helped TERA continue to kick ass. We’d also like to thank and welcome our new players to TERA’s growing Steam community. With a focus on precision, positioning, and timing, TERA continues to deliver a true action combat experience to MMO fans and is more accessible than ever following its successful Steam launch.”

Developed by Bluehole and published in North America by En Masse Entertainment, TERA is an award-winning MMORPG for the PC platform that takes the fight beyond the genre’s traditional point-and-click combat systems with enhanced aiming, dodging, and tactical timing to create an intense and rewarding combat experience.