Gameforge announced that the free-to-play version of TERA will be launched on February 5th in Europe. With the switch to Free-to-Play, previous and future players have the chance to play one of the best-looking and innovative MMOs of the last few years for free. In addition, the developers have added new content as the F2P version of TERA includes a new dungeon as well as a PvP arena, offering experienced adventurers numerous new challenges and rewards.

TERA’s free-to-play model will include two standard account types: the Free User and the Veteran. Free Users receive full access to the entire game content – this includes, for example, the races, classes, instances, equipment items or players-versus-player content. Veteran status is reserved for players who purchased TERA before the switch to free-to-play and offers advantages that Free Users do not receive.

Everyone has access to the TERA Club: amongst other things, players receive a special mount, a daily selection of boosts as well as different types of scrolls here. These can, for example, increase experience points and the amount of gold gained or can summon merchants, crystal merchants or the banker.

The monthly subscription fee of 12.95 euro for the TERA Club, is the same price as the previous subscription. If you subscribe to a 3-month membership, the fee is reduced to 11.65 euro and 12 months reduces it to 9.99 euro a month.

With another update due to appear later on in the year, TERA’s political system will also receive an additional feature. Players that belong to a guild can enter into an alliance with this feature and profit from useful bonuses in this community. The three alliances are enemies of one another and continually fight each other for dominance on the respective game server. 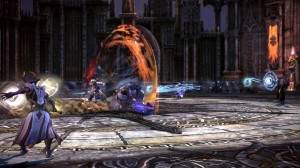 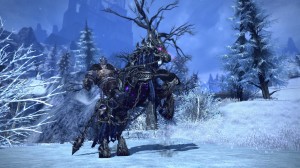 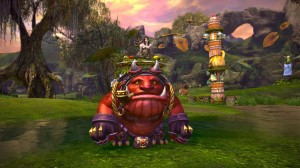