Back in March, we informed you about a new Sonic racing game that was being developed by SEGA and today, Walmart leaked this new game. This Sonic racing game will be called Team Sonic Racing and below you can find its first details, as well as its first screenshots.

According to the Walmart page, Team Sonic Racing combines the best elements of arcade and fast-paced competitive style racing as you face-off with friends in intense multiplayer racing. Race together and work together as a team by sharing power-ups and speed boosts. Players will take control of their racing style as they can choose from 3 distinct character types and unlock game changing vehicle customization options to suit their racing style.

Walmart has currently listed the game for Nintendo Switch but we’re pretty sure that Team Sonic Racing will be coming to all other current-gen platforms, including the PC.

Enjoy the first screenshots and stay tuned for more! 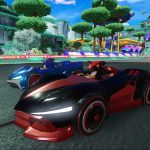 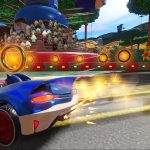 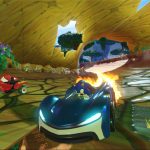 Team Sonic Racing is officially coming to the PC this Winter and you can watch below its reveal trailer.