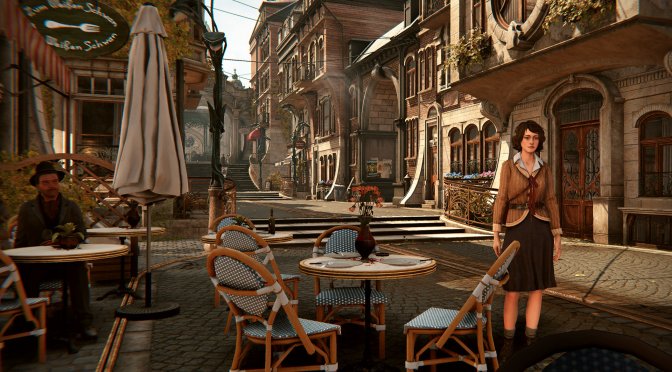 Microids has released a free demo for its upcoming adventure game, Syberia: The World Before. This free demo features the Prologue from the new Syberia game which, according to the developers, will return to the origins of the Syberia saga.

Syberia: The World Before will invite players to follow Kate Walker as she deals with a new investigation. This journey will take players across continents and through time periods to experience a journey rooted in the turmoil and tragedies of the twentieth century.

According to the devs, the game will bring the fans back to its unique atmosphere. Players will discover a scenario full of mystery, poetry and emotion. As always, the game will rely on travel and exploration, ingenious mechanisms to unlock and the art of Benoît Sokal. Syberia: The World Before will also have dreamlike, snowy and enigmatic landscapes, as well as endearing and extravagant characters.

You can download the demo from here. Here are also the game’s official PC system requirements.