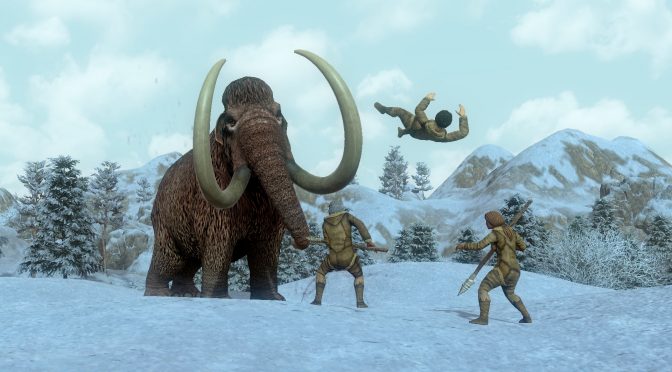 Valve has announced the top 10 best selling PC games on Steam for last week. According to the charts, the survival/city builder Dawn of War was able to top everything, following by PlayerUnknown’s Battlegrounds, Sid Meier’s Civilization VI: Gathering Storm and Grand Theft Auto V.

Dawn of Man is a survival/city-builder from the creators of Planetbase. The game starts in the Stone Age, and takes you up to the Iron Age, spanning more than 10,000 years of human prehistory, and players will have to get their people to survive, expand and evolve, just like our ancestors, facing the challenges that the environment will throw at them.

Animals were a vital source of food and resources for ancient humans. Use their meat to feed your people and their skin and bones to make clothing and craft the tools you will need to stay alive. Confront Mammoths, Woolly Rhinos, Ancient Bison, Megaloceros, Cave Lions and other species that roamed the earth at the time.

Collect a variety resources from the environment: fruit, berries, water, wood, flint, stone, ores. Use them to prepare food, to make tools and to build structures in your settlement.

Fish is more abundant in spring, berries and fruit can be collected in summer and animals are easier to come by when it’s warm. When winter comes, make sure to have enough non-perishable food and warm clothing in order to survive.

Expand and fortify your settlement

Build more homes and facilities for your people, in order to expand your population. Construct fortifications and craft weapons, so you are ready for when the inevitable conflict comes.

Each new discovery will make it easier for your settlement to be able to support larger populations, but will also bring new challenges: increased food demand, morale issues and more frequent raider attacks.

Our ancestors were capable of incredible engineering feats: mine massive rocks from the environment, transport them using sledges and construct colossal stone structures.

Unlock farming technologies to grow your own vegetables, so you can feed large amounts of people. Domesticate animals to produce food, resources and provide increased muscle power.

Below you can also find the complete list of the best selling Steam games for last week.